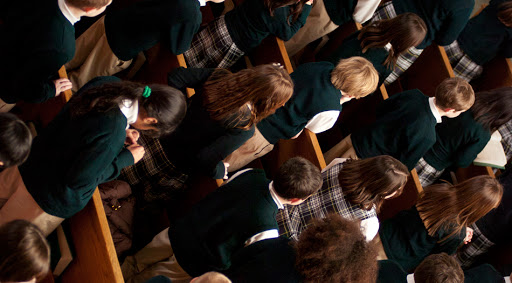 The Diocese remains defiant, saying it will keep morality requirements in contrats

Although the Archdiocese of Cincinnati has been ordered to pay $171,000 to a school teacher fired for undergoing artificial insemination, a spokesman says it has no intention to end morality requirements.
“For the archdiocese, this case has always been about an employee violating a legally enforceable contract that she signed,” communications director Dan Andriacco said June 5.
“We also believe that we have a First Amendment right to give Catholic school parents what they expect – an environment that reflects Catholic moral teaching,” he added. “Our schools are Catholic schools and the work that our school employees do is an extension of that ministry.”
Andriacco told CNA the archdiocese believes the lawsuit filed by former computer teacher Christa Dias should have fallen under the “ministerial exception” to employment law and “should never have gone to trial.”
A federal jury found that the archdiocese had violated anti-discrimination law by firing Dias, who is now 34. The jury awarded $100,000 in punitive damages and compensatory damages of $71,000 on Monday.
In October 2010 the archdiocese fired the non-Catholic teacher from her positions at Holy Family Catholic School and St. Lawrence Catholic School in Cincinnati. Dias was unmarried and had told officials she needed maternity leave and that she had undergone artificial insemination.
In 2011, Dias filed a lawsuit charging that her firing violated state and federal laws against pregnancy discrimination. She said she had not known that Catholic teaching barred artificial insemination.
Steven Goodin, the attorney for the archdiocese and for the Catholic schools, said Dias was fired for violating her contract, the Associated Press reported.
“We always argued that this case was about a contract violation and should never have been allowed to come to trial,” Goodin said.
He pointed to Dias' same-sex relationship, which she had been concealing from her employer, as evidence she never intended to abide by her contract. The relationship was not at issue in the trial.
Dias' attorney, Robert Klingler, contended that she had been fired simply because she was pregnant and unmarried, an employment action that violated state and federal law.
A central point in the case was whether Dias qualified as a ministerial employee, which would give the archdiocese religious freedom protections in its hiring decisions. The court ruled she was not a ministerial employee, and therefore the archdiocese was not exempt from ordinary employment laws.
Dias also contended that the archdiocese's policies are enforced unequally against men and women.
Klingler said the case shows jurors will apply the law “even to churches and religious organizations when non-ministerial employees are discriminated against.”
Dias' attorneys had asked the jury to award her $637,000. The jury followed the attorneys' request not to find the two schools liable, even though they were also defendants in the lawsuit.
Andriacco, the archdiocese's spokesman, said the archdiocese changed its contracts last fall “to make it explicit that we regard our teachers as ministerial employees.”
“At this point we have no plans for further changes,” he said. “We certainly have no intention to ever remove the morality clause.”