Won a Battle, But Not the War (Yet) in Fight Against Gay Marriage in Illinois 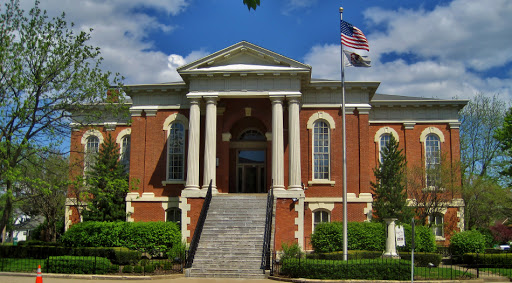 An Illinois Catholic leader says that the state's failure to advance a “gay marriage” bill is a significant victory for grassroots activism, but more action is needed to ensure it never passes.
“We need to redouble our efforts to contact lawmakers and express opposition to that bill. Not only that, but we also need individuals contacting other people in districts,” said Robert Gilligan, executive director of the Illinois Catholic conference.
Gilligan said the bill wasn't defeated outright on the evening of May 31 before the local House of Representatives adjourned. Rather, the deadline was extended to vote on it. The bill could be heard in a potential special summer session, if further legislative procedures are followed.
“But nonetheless, the fact that it wasn’t called for a vote mean that in all likelihood it did not have the required number of votes to pass,” Gilligan told CNA June 4.
The measure had passed the Illinois Senate in February by a vote of 34-21. Democratic Gov. Pat Quinn, a self-identified a Catholic, openly supports the legislation.
Gilligan attributed inaction on the bill to both “grassroots organizing” through churches and voters who expressed their opinions to lawmakers. “That’s the most significant thing,” he said.
Strong opposition from the Archdiocese of Chicago and the African American Clergy Coalition helped keep the bill from consideration, local media reports.
Archbishop Salvatore Cordileone of San Francisco, head of the U.S. bishops’ Subcommittee for the Promotion and Defense of Marriage, praised the success.
“This victory in the Land of Lincoln demonstrates that marriage redefinition – even in the face of intense political pressure – is not inevitable, a likely reason we haven't heard much about it in the national media,” he said June 3.
He noted the broad coalition of faith leaders in Illinois who opposed the bill, saying they “spoke eloquently on the reality that nature and nature’s God make clear that marriage is the union of one man and one woman.”
“Catholics will continue to proclaim with people of other faiths and of no particular faith that marriage is the one-flesh union of one man and one woman. Indeed, both faith and reason lead us to this truth,” Archbishop Cordileone said.
State Rep. Greg Harris, a leading sponsor of the bill, has said he and others will try to pass the bill in the future.
The Chicago-based Thomas More Society in a May 30 letter warned that the present bill provides “the worst religious liberty protections of any same-sex marriage bill in the country.”
The society said if the  bill becomes law it would force religious individuals and organizations with objections to recognizing same-sex couples as married into “years of legal fights, likely against the Illinois government, to defend their rights to practice their faiths.” The bill could put at risk of lawsuits religious hospitals, schools, organizations like the Knights of Columbus and businesses owned by religious people.
The Illinois legislature passed a civil unions bill in December 2010, recognizing registered same-sex civil unions as equivalent to marriage.
Despite claims that the legislation provided adequate religious freedom protection, Catholic Charities adoption agencies and foster care programs were soon stripped of long-standing state funding on the grounds they discriminated against unmarried and homosexual couples. The agencies had cared for about 2,000 foster children each year.