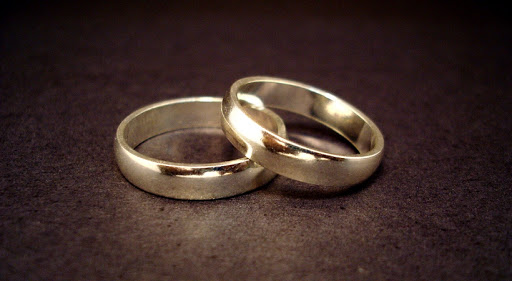 Marriage exists in nature prior to both Church and State

Bishop Thomas J. Paprocki of Springfield, Ill., explained that marriage is rooted in nature and exists prior to the state, which has the authority to recognize, but not redefine, the fundamental social institution.
“Marriage is a pre-political and natural phenomenon that arises out of the nature of human beings. The Catholic Church, along with virtually every religion and culture in the world, recognizes and supports this natural institution because without it, no society will exist or flourish,” he said.
The bishop explained that marriage is “a natural outgrowth of human nature, capacities and needs.” The natural desire to procreate and create a family “can only be fulfilled through the union of a man and a woman.”
Other unions that are “essentially different” from marriage will not become marriages “simply by taking on the institutional guise,” he said.
“Those involved in same-sex relationships are looking for social validity and legal approval. All of this is understandable, but that doesn’t make it possible.”
His comments came during a May 31 debate sponsored by the Jesuit Alumni in Arizona, held at Phoenix’s Shadow Rock United Church of Christ. The bishop debated Sr. Jeannine Gramick, S.L., the co-founder of New Ways Ministry, which has been criticized by both the Vatican and the U.S. bishop for its dissent from Church teaching on homosexuality.
Although the debate was originally entitled “Two Catholic Views on Gay Marriage,” Bishop Paprocki clarified that there is “only one authentic Catholic view” on the subject.
Noting that advocates of marriage redefinition describe their cause as “marriage equality,” he criticized equality as “one of the very few unquestioned values” of post-modern philosophy.
Attempts to recognize all moral positions in the law are “logically impossible,” he said, because even morally neutral positions are “moral choices that deny recognition and equality to those who disagree.”
The bishop rejected utilitarian and morally relativistic approaches to marriage.
“If the government says that an apple is now the same as an orange, and the law requires everyone to call apples ‘oranges,’ the state would have the power to punish anyone who calls an apple an ‘apple’ instead of an ‘orange,’ but it would be a totalitarian abuse of raw power and would not change the biological reality of the nature of the fruit in question. So too with the definition of marriage,” he said.
Bishop Paprocki said advocates of homosexual unions must show that they are as necessary and beneficial to the common good as heterosexual marriage.
He noted that marriage helps protect the vulnerability of relationships with the potential for children and helps unite the complementary sexes.
Even artificial reproduction, he said, only finds ways to “mimic the union of a man and woman in order to be successful.”
The bishop rejected arguments that legal recognition only for marriage between a man and a woman privileges one religious view over others. Marriage was not invented by the Church or the state, but precedes them both as an institution rooted in nature, he stressed.
As a result, he said, the state has no authority to redefine marriage or family, which make up “the first cell of society, from which the state receives its existence.”
A law recognizing same-sex relationships as “marriages” is thus “devoid of any intrinsic moral legitimacy,” he explained. The state “exists to serve the family” and the family’s “own legitimate nature and identity.”
Bishop Paprocki also recalled the Catholic Church’s experience with 20th century totalitarian movements which sought to remake family life to advance state goals of racial purity or Marxist ideology. This experience, he said, led to the more refined Catholic teaching that “it is not legitimate for the state to interfere with the fundamental nature of the family.”