End the Stigma Around the Truth of Abortion 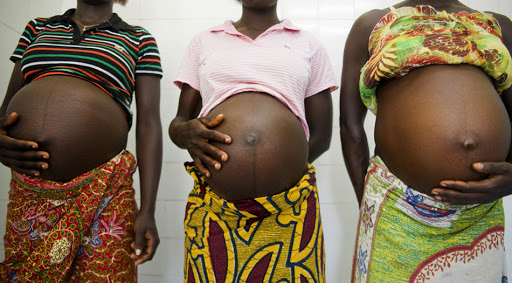 Abortion euphemisms are designed to conceal what abortion truly is

There is something about abortion that seems to encourage people to take leave of their senses. When it comes to the sacred cow of women’s rights, feminists totally lose the plot.

Last week, at the Women Deliver conference in Kuala Lumpur, Frances Kissling, the former head of the absurd heretical group Catholics for Choice, declared that pregnancy “is not natural”. Now, I presume that if you have sufficient grasp of the English language to read and comprehend what I write here I don’t need to go into the nitty-gritty of pregnancy and its cause. Suffice to say, if pregnancy is so unnatural perhaps we should all take vows of chastity and embrace the monastic life… or hitch a ride in the Tardis to 12th Century southern France and join the Cathars.

Sadly, even the Tasmanian-born Crown Princess of Denmark has fallen prey to the sophistry of “abortion rights”, declaring that “reproductive rights” are “at the core of human life”. She is quite correct, of course. Whether or not an unborn child survives its sojourn in its mother’s womb is “at the core of human life”. How this could ever justify the wanton destruction of that life is more difficult to grasp. Perhaps Her Royal Highness relinquished her common sense along with her Australian citizenship.

These examples, of course, reflect the calibre of the pro-choice movement as a whole. Dr Leslie Cannold, who has been hailed as one of Australia’s “most influential thinkers”, heads up Reproductive Choice Australia (RCA) which currently has a campaign to “end the stigma” of abortion.

According to RCA, abortion is “a fact of life”, part and parcel of a woman’s ‘right to choose’. This, it seems, is RCA’s definitive argument for legalising abortion at all stages of gestation. This is what lies behind their rejection of Senator John Madigan’s attempts to end the government funding of sex-selection abortion. This is why they instead advocate “referral obligations” and “enforcement mechanisms” and the “requirement” that undergraduate medical training include abortions; that all federally-funded hospitals “regardless of faith-based affiliations” be forced to provide the “full range of reproductive health services” including abortions; and for a national curriculum of “comprehensive” sex education.

I’ll have to remember that cogent argument. It is, after all, the basis for society’s acceptance of abortion. Let me try it out: “Rape is a fact of life. We must ensure that it is safe, legal, and rare. To do this, we should provide more rape clinics, discard restrictions on the age of the rape vessel, and ensure that a man can never be prosecuted for a rape. We mustn’t shame men for their choice to rape women. It’s their bodies, after all. No one should tell them what they can and can’t do with their bodies. As a woman, I could never understand what it’s like to be desperate and have no real choice but to rape. It’s not an easy decision, and we mustn’t shame men by protesting against rape. Those who protest against rape and intimidate men about their choice ought to be arrested. We need special access zones so that men can rape without being harassed about what’s just a basic biological procedure. Hotels that have a conscientious objection to men raping women in their rooms should have mandatory referral obligations, and all federal government properties should be forced to provide rape rooms. Schools should also offer a curriculum that covers rape.”

I can already hear the howls of outrage. How dare I compare rape, which is intrinsically wrong, to abortion, which some seem to think is a fundamental human right? I suppose I dare because I think for myself. I don’t accept abortion as a right any more than I accept rape as a right. Indeed, rape is easier to comprehend, because at least the rape victim isn’t usually one’s own child.

I can well believe that our government funds the balderdash of women’s rights through pointless academic organisations like the Gender, Leadership and Social Sustainability Research Unit, but what I find difficult to fathom is that ordinary men and women who have enough common sense to see that the emperor isn’t wearing any clothes don’t dare to exercise their grey matter on this topic. Abortion has become a no-go zone where otherwise sensible and confident people become meek conciliators for whom not offending “desperate” women takes precedence over saving lives. Men trot out the line “I’m not a woman, so I could never understand…” to absolve themselves of responsibility, as if having a uterus magically turns women into moral arbiters and men into slaves bereft of opinions.

And women defend their sex by suggesting that there is no choice, that they are victims of society and male coercion, as if women lose the responsibility of moral agency upon becoming pregnant. In one breath, there is no choice, but in the next it’s a woman’s right to choose. Talk about exercising a woman’s prerogative to change her mind! It seems women’s rights includes the right to talk utter nonsense and be treated as a great thinker.

How did we become so duped as to think that a woman who refuses to take responsibility for her own child, the child whom she has a duty to protect and nurture, should be given the sole legal choice of whether her child (who is also her sexual partner’s child) should live or die? How did we get to the point where maternal instinct and fatherly protectiveness are derided, where terminating a life with so much potential is hailed as a public good?

So, yes, let’s end the stigma. Let’s end the stigma of the truth. Let’s stop talking about “pregnancy termination” and “contents of the uterus” and “reproductive rights”. Let’s talk about conceiving a child, motherhood, and responsibility. Women can do better than kill their offspring when they find themselves in a tight spot.

Forget the “my body, my choice” mantra. It’s your child, your responsibility. A real woman doesn’t respond to unanticipated motherhood by killing her child, and a society worth its salt doesn’t accord her the legal right to do so. Being a woman doesn’t give you any more right to kill than a man. That’s equality