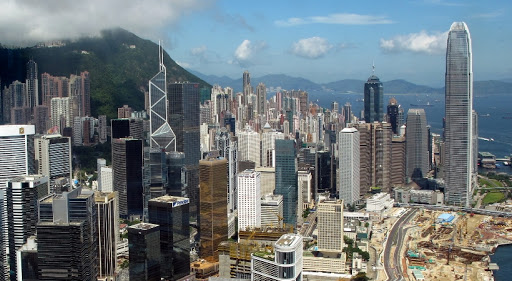 Leung Chun-ying, Hong Kong’s chief executive, has issued his strongest warning yet to organizers behind a civil disobedience campaign planned for next year.
A political commentator on China affairs has also warned that the Occupy Central campaign, which aims to bring the Central district of Hong Kong to a standstill in July 2014 by pro-democracy supporters seeking universal suffrage, could result in a crackdown similar to that in Beijing's Tiananmen Square in 1989.
Leung Chun-ying told reporters yesterday that it would be impossible for the disobedience movement to be peaceful and not breach the law, adding that the government is determined to enforce the law, and to prevent and handle any illegal actions.
The warning came as the Occupy Central Movement held its first deliberation day for the “peaceful protest” at the University of Hong Kong yesterday, attended by around around 700 people. A number of questions and issues were raised for further discussion at the next deliberation day in October.
They included how to make the movement inclusive for all, the best time to stage and to end the protest, and how to react to attempts by Beijing and the Hong Kong government’s attempts to  suppress them.
Political commentator Ching Cheong, who attended the meeting, told ucanews.com he was worried that the authorities may take military action to put down the movement, replicating the bloody crackdown on Beijing’s pro-democracy student movement in 1989.
He said the People’s Liberation Army had ominously conducted two military drills in late March in Hong Kong.
“Every military drill has a specific enemy or mission. So who are these enemies? What are these missions?” he asked.
“Only suppressive measures would lead to un-peacefulness,” he said, adding that Leung’s warning of a non-peaceful ending would only spur more people to join the civil disobedience cause.