It’s Time to End the Modern-day Slavery in Bangladesh 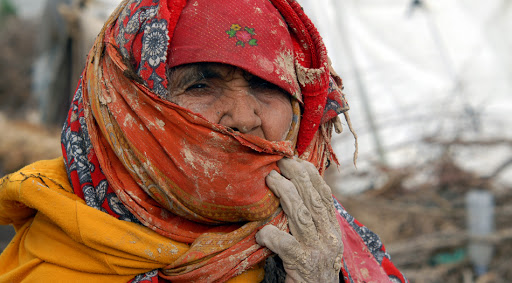 With the rubble cleared and the dust settled, all seemed quiet at the former eight-story Rana Plaza site, home to a bank, shops and five garment factories before it collapsed last month, killing 1,129 workers and injuring about 2,500.
Only a few dead roses hang from the fence around the building alongside several altars erected by friends and family grieving in the wake of the April 24 tragedy.
On that fateful day, hundreds of dead and wounded were pulled out from among the smashed walls and furniture of the destroyed tower as wailing relatives watched in horror. The scene at the nearby Adhar Chandra High School was equally heart-wrenching, and pathetic.
It was here that authorities gathered bodies. About 300 remain unidentified.
I felt ashamed – as the building owners and factory bosses themselves should – because collectively, as a nation, Bangladesh had demonstrably failed to give any kind of protection to its workers and it had shown this shameful truth in grim close-up for the whole world to see.
That this was not the first ‘accident’ of its kind is perhaps the biggest disgrace.
Nearly 2,000 workers have died in fires, stampedes and other accidents in garment factories in recent times, all tragedies which were avoidable. In none of these cases was a factory owner or boss punished, many of whom appear to be guilty of cutting corners for profit.
Bangladesh’s roughly four million garment workers earn a minimum wage of just US$38 per month, half the level in Cambodia, for example, which itself has received scrutiny over poor labor conditions in recent years.
For the millions of poor Bangladeshis who leave their rural homes to seek financial independence in the shape of a stable job in a garment factory, in reality they are simply condemning themselves to the closest thing to slavery in today’s globalized world.
This is an industry worth $19 billion to Bangladesh, very little of which trickles down to those who put in most of the work and shoulder most of the risk: Not financial, perhaps, but mortal, certainly.
Even in death, Bangladeshi garment workers are treated like slaves. According to current labor law, a factory owner is supposed to pay 100,000 taka ($1,250) compensation for a worker’s death.
Since the industry accounted for 1,129 additional deaths last month there are signs that, finally, some are saying enough is enough as Bangladesh comes under strong pressure from labor groups, the media, some consumers and even some garment buyers which employ the services of factories like those in Rana Plaza.
The US government is holding a hearing which will determine whether Bangladesh will continue to enjoy Generalized System of Preference (GSP) access to the world’s largest economy.
“Bangladesh has two choices. They can go to the future and they can assist in providing safe working conditions, safe factories and programs for fire prevention,” said Congressman George Miller who visited Bangladesh this week as part of the US enquiry into the country’s GSP status. “Or they can struggle in the past and lose the value of the Bangladesh label.”
The European Union, Bangladesh’s largest market by export value, has threatened to revoke duty-free access if the industry doesn’t reform.
In response to the threat of serious damage to the country’s biggest earner, the government has hastily inspected all factories across the country, promised to set up a separate wage board and amended the labor code. Money talks, especially amid threats that it could disappear.
But question marks remain as to whether these changes are substantive or mere window-dressing. Bangladeshi media remains unconvinced.
“Theoretically, laborers can go to court to file a complaint against their bosses. But in practice it is expensive and too lengthy a process that most workers can’t afford it,” said Jafrul Hasan, a lawyer.
Unsurprisingly, the industry body – the Bangladesh Garments Manufacturers and Exporters Association – appears to be trying to protect their members' interests behind the scenes amid the backlash.
A key dilemma is whether it is right and ethical for global retailers to pull out of Bangladesh altogether? A superficial answer would be ‘yes.’
Just before the Rana Plaza tragedy, the Walt Disney Company – the largest media conglomerate in the world – stopped sourcing products from Bangladesh in the wake of a fire at Tazreen Fashions last year which killed 112 people.
But having profited from these workers for decades, is it really right for companies like Disney to wash its hands of Bangladesh? The result is that this giant company has shunned its responsibility and let slip the leverage it once had to promote tangible reforms for the better.
“On the labor issue, absolutely, buyers have a critical role and they must be engaged,” Wendy Sherman, US undersecretary of state for political affairs, said during a visit to Bangladesh this week.
Major European retailers including H&M, Inditex, Primark, C&A, Tommy Hilfiger and PVH, Tesco, Benetton, Marks and Spencer and Carrefour, have all signed an accord on fire and building safety in Bangladesh.
Tuesday was the deadline to sign onto the accord, but at least 14 North American retailers including Walmart, Gap, Target and JC Penny, joined by Asia’s largest retailer Uniqlo, declined to participate, citing legal concerns.
The agreement demands a five-year commitment from participating retailers to conduct independent safety inspections of factories and pay up to $500,000 per year toward safety improvements.
This amount is nothing to global giants like Walmart. But it would surely contribute to improving the hellish working conditions for garment workers in Bangladesh. It would surely make all the difference for them.