There’s No Chance of Anglican-Catholic Reconciliation – So Why Is the Pope Wasting His Time? 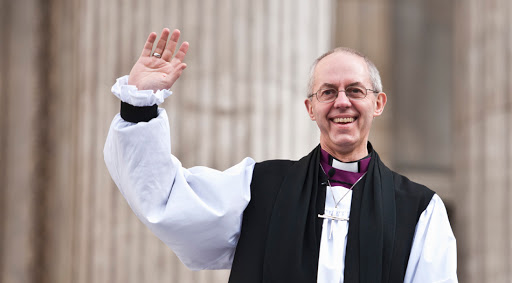 Hot on the heels of my disobliging remarks last about Archbishop Justin Welby’s Uriah Heep-like cringing to the government even as he told them in the Lords how disastrous their gay marriage legislation was going to be, comes the announcement that this Friday, Archbishop Welby is to meet the Pope.

The real question is why? Why are we still going through the ecumenical motions with the Anglicans, for all the world as though they had (or had some possibility of gaining) the same kind of ecclesial reality as the Orthodox? Why does the Anglican Roman Catholic International Commission (ARCIC) still meet, as though Anglican ordinations to their episcopate of openly gay men living with their partners, and also of women to their priesthood and episcopate, despite the warnings of successive popes of the fact that these steps would erect insuperable barriers to unity with the Catholic Church, why do we still carry on with the farce of behaving as though these insuperable barriers just did not exist at all?

In a press release yesterday, the Pontifical Council for Promoting Christian Unity, without the slightest apparent ironical intention, stated that “This brief visit is of particular interest since it is the first meeting of the Archbishop and the Pope since their inaugurations, which took place at about the same time, just over two months ago.” So? Why is that of particular interest? Why is it of any interest at all? Well: “This visit”, they go on “is an opportunity for the Archbishop and Pope Francis to review the present state of relations between the Roman Catholic Church and Anglican Communion.” But what does that mean? Will they talk about the fact that since the ordination of women to the Anglican version of the priesthood, the possibility of reunion between the two churches has been made an impossibility for all time?”.

No: they will not; they will talk of other things. They will talk of nice things, not awkward things like the state of internal schism within Anglicanism which makes any talk of unity between Catholics and Anglicans so utterly futile in any case (because you have to ask WHICH Anglicans). So, “they will talk of many things: Of shoes and ships and sealing-wax /Of cabbages and kings /And why the sea is boiling hot /And whether pigs have wings.”

“In particular”, says the Pontifical Council for Promoting Christian Unity “the interest shown by Archbishop Welby in global justice and the ethical regulation of financial markets so that they do not oppress men and women, is echoed in the constant teaching of the Holy Father. Ever since his experience as an executive in an oil company, Archbishop Welby has placed great emphasis on reconciliation, and has continued to press for the resolution of conflicts within the Church and society.” Nice, eh? “This also evokes Pope Francis’ own call to build bridges between people of every nation, so that they may be seen not as rivals and threats, but as brothers and sisters.”

We are also told that Archbishop Welby has collaborated closely with the Catholic Archbishop of Westminster, Vincent Nichols, to safeguard (however ineffectively) marriage and other Christian values in society, and that “it is a sign of their close relations that Archbishop Nichols will accompany the Archbishop of Canterbury on this visit.” Oh, he will, will he? Why does that not surprise me?

Following his meeting with the Pope, Archbishop Welby will call upon Cardinal Koch at the Pontifical Council for Promoting Christian Unity, to renew the acquaintance made at the time of the Archbishop’s inauguration at Canterbury, “and to learn about the workings of the Pontifical Council.” I wonder if Cardinal Koch will remind Archbishop Welby of what his predecessor Cardinal Kasper said about the ordination of women to the Anglican episcopate (which Archbishop Welby supports), that it “signified a breaking away from apostolic tradition and a further obstacle for reconciliation between the Catholic Church and the Church of England”? Will he recall Cardinal Kasper’s description of the legislation involved in the erection of this additional insuperable obstacle as the “unspoken institutionalism” of an “existing schism”? Perhaps not.

One has to ask, not only what the point of such visits really is, but whether there is any understanding of what damage is being done by the continued maintenance of the fantasy of Anglicanism as an ecclesial reality with which the Catholic church needs to do business? in 2003, Pope John Paul II officially suspended the operation of the Anglican Roman Catholic International Commission, after the consecration of Gene Robinson, a homosexual man in a non-celibate relationship, as a bishop in the Episcopal Church of the United States. It was a moment in which reality asserted itself. What is unclear is WHY that assertion of reality was itself suspended? Why did ARCIC then recommence operations as though nothing had happened, despite the fact that throughout the Anglican communion, openly gay bishops are now seen as quite normal and there are thousands of women-priests, several of whom are even commissioners in the new ARCIC?

But recommence operations they did. Now, we have entered into a new phase, which we might call the “despite everything that has happened” phase: this is to be known as ARCIC III. Archbishop Bernard Longley of Birmingham is its Catholic co-chairman. To be fair, he seems to some extent aware of the impossibility of his task. ARCIC, he says, “must face the obstacles that make that journey [towards full visible unity] much more difficult.” The next phase of ARCIC, he says, “will recognise the impact of the actions of some Anglican Provinces which have raised the issue of the nature of communion within the Church,”. So far, so realistic. But he then says that ARCIC III “can make a contribution to resolving some of the issues that seem so intractable at present.”

But it can’t do that, in the nature of things, can it? All those women-priests aren’t just going to go away, are they? The Anglicans carry on with ARCIC because they think that one day, we’ll just change our minds. Just as they led the way with a vernacular liturgy, so they’re leading the way now, that’s what they think. After all, Archbishop Welby’s companion in Rome, or one of them, will be Archbishop Nichols, who is in favour of civil partnerships: so if this very senior archbishop (with others) isn’t toeing the Roman line, if Cardinal Danneels is even in favour of gay marriage why not gay bishops one day?

The fact is that these men do not represent the way things will ever go in the Church. There have always been disobedient bishops. But we know, Archbishop Longley knows, that on these issues the Universal Church will not change, will never change, its teaching or its practice. He ought now to face the fact that to say that ARCIC III “can make a contribution to resolving some of the issues that seem so intractable at present is to perpetuate a kind of ecclesiastical fantasy island in which one day all things will be possible. It is to do damage to our grasp of the truth. And truth is what we do, as Catholics. The absolute primacy of the truth above all things is what we are committed to before all else. To weaken our understanding of THAT is to weaken faith and to undermine the faithful. The continued existence of ARCIC undermines the faithful: it is thus deeply unpastoral. It is cruel; it is uncaring. That is the reality that has to be grasped.