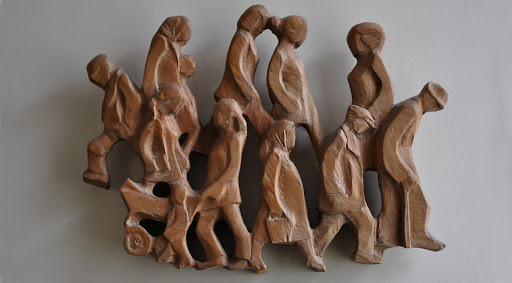 Many also dissent from Church teaching on hot-button issues

Theologians and others associated with Jesuit universities have joined with the partisan group Faith in Public Life to defend Catholic grants to grassroots organizing groups, despite concerns that some recipients have undermined Catholic teaching.

Faith in Public Life has issued a report lamenting the declining support for the U.S. bishops’ Catholic Campaign for Human Development (CCHD). The report blames pro-life and other groups for complaints that the grant program has supported groups directly or indirectly opposed to Catholic teaching on abortion, marriage and other issues.

But Faith in Public Life has long been allied with Catholic and other religious groups that oppose the Church on key public policy issues. Launched by political activists following the defeat of pro-abortion Sen. John Kerry in the 2004 presidential election, the group encourages support for Democrat policies among religious Americans.

Thomas Chabolla, former associate director of the CCHD and now assistant to the president of the Service Employees International Union, serves on the board of Faith in Public Life.

The author of the new CCHD report is John Gehring, a former media relations officer for the U.S. Conference of Catholic Bishops. Gehring last year tried to convince news reporters that the Catholic bishops’ “Fortnight for Freedom” was a partisan effort to impact the 2012 presidential election. In fact, the Fortnight rallied support for the religious freedom of Catholic colleges, hospitals and other apostolates — and it will be repeated this month in a non-election year.

Also last year, a group with apparent ties to Faith in Public Life attacked The Cardinal Newman Society as “a powerful network of right-wing Catholics” when the Society opposed Georgetown University’s invitation to Health and Human Services Secretary Kathleen Sebelius as a graduation speaker. In a post at MoveOn.org, Michael Sherrard of “Faithful America” — who told donors to send gifts to the mailing address of Faith in Public Life — also complained of the Newman Society’s leadership in opposing the University of Notre Dame’s commencement honors to President Barack Obama in 2009.

Faith in Public Life again goes after The Cardinal Newman Society in Gehring’s report (on page four), for allegedly launching “a petition drive” against Gonzaga University’s choice of commencement speaker last year, Anglican Archbishop Desmond Tutu. But Gehring’s research is sloppy. Although the Newman Society did raise objections to Tutu’s support for contraception and abortion, it was Gonzaga alumni who organized a petition opposing the honor.

Gehring’s report lists “endorsing organizations” including Catholics United and Catholics in Alliance for the Common Good, which are also political groups in support of Democrat policies. Gehring is former communications director for CACG. As for Catholics United, Archbishop Charles Chaput publicly decried the group for its partisan efforts prior to the 2008 election, having:

…done a disservice to the Church, confused the natural priorities of Catholic social teaching, undermined the progress pro-lifers have made, and provided an excuse for some Catholics to abandon the abortion issue instead of fighting in their parties and at the ballot box to protect the unborn.

Also endorsing the report is the board of directors of the Academy of Catholic Hispanic Theologians of the United States (ACHTUS), which is led by Michael E. Lee. Lee is an associate professor of theology at Fordham University and describes himself as “influenced by Latin American liberation theologies.”

Lee is also listed in the Faith in Public Life report as an “endorsing individual,” along with others associated with Jesuit colleges and universities:

Also listed among the report’s supporters is Stephen Schneck, director of the Institute for Policy Research and Catholic Studies at The Catholic University of America, a former member of the board of directors of Catholics in Alliance for the Common Good, and a member of Catholics for Obama in 2012.

The report cites Rev. Bryan Massingale, theology professor at Marquette University, whose research interests include “liberation theologies” and who has reportedly been coy about his views on homosexuality. Massingale reportedly dismisses CCHD critics’ concerns about recipient organizations that belong to coalitions in support of abortion rights or same-sex marriage, claiming that such memberships are remote cooperation “and therefore permissible.”

Rev. John Coleman, S.J., a retired theology professor from Santa Clara University who is in residence at the University of San Francisco, reportedly told Gehring “that being in partnership with individuals or organizations that don’t agree with every Catholic position is essential to seeking justice.” But in an America magazine rant last year, Fr. Coleman criticized the U.S. bishops for collaborating with groups that use “intemperate” language in opposing same-sex marriage.