Why Big Families Are Great 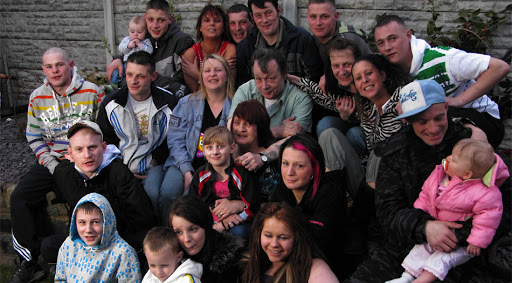 The oldest of 9 kids, I learned to value people over possessions

I am the eldest child in a family of nine kids – eight girls and one boy. And I’m proud of it. I’ll admit that this was a source of embarrassment during my teenage years, especially in moments when the people next to our van were counting us or when we were curiously ogled upon entering any public place.

But now, in complete honesty, there’s no way that I’d change a thing.

If you’re wondering what’s made me profess this, I read interesting article from the New York Times last Sunday. In it, Lauren Sandler expresses her very strong opinion that it’s better to have only one child rather than more. As an only child herself and with one child of her own, I can see why she is defending this stance.

As you may have guessed, I beg to differ.

I could go on to tell you that the only children I’ve met are selfish and misfits, but that would be far from the truth. In fact, I’ve met many who are intelligent, generous and all-round wonderful people! In any case, I’m not looking to harp on about the disadvantages of being an only child when I could just explain to you why I’m grateful that I do have siblings.

There are of course the peripheral benefits: like the fact that you’ll never get in trouble alone, if you’re sick then someone else is too, and you appear to have an endless wardrobe with plenty of clothes for the borrowing.

Not to mention that bringing up my eight siblings makes for a favourite conversation starter at an awkward pause, and if I’m in need of entertainment it’ll always evokes a priceless reaction.

But there’s so much more too! Start with my dad and mum, who (probably unintentionally) made their job of parenting so much easier by having more than one child. Even if they didn’t have a clue what they were doing, siblings meant that we naturally learnt to share and get along with other people. That right there is what you call an unforced build-up of good qualities.

When you have brothers and sisters, you become aware that not everything is about you. This is so helpful in a time where individualism in constantly pushed! Almost effortlessly, we became practised in social interaction and conflict resolution. We had to learn compassion, and to be aware of the feelings and needs of people beyond ourselves.

We learnt from the generosity of our parents, who accepted each one of us even though it often meant ridicule or tough times for them. Dad sometimes reminds us of a time in our lives, of which we were unaware then, when he and mum had to seriously consider whether they could afford something as simple as a treat at McDonald’s.

With so many siblings we didn’t always have the latest gadgets, but I guess that taught us that there is more to life than material possessions.

We were able to develop a sense of healthy competition, and realise that losing at something was not a cause for depression. And at the same time, we learnt to appreciate the unique qualities in each other without comparison – whether they are academic, creative, or athletic.

If nothing else, I was given the gift of ready-made friends. Whether I’m doing something as simple as eating breakfast or as exciting as buying a wedding dress one day, I’ll never be lacking for company. That’s some love, considering that my siblings see me at my worst (which often includes a severe lack of makeup), more often than my best.

And while this might be a big call to make, I also think that having siblings leads you towards genuine happiness. Why? I firmly believe that a person is on the right path once they learn that life’s about giving instead of getting – and with siblings, you’re more likely to come to that realisation a lot earlier in life.

At my university graduation a few years ago, I was only supposed to bring two guests. My dad decided we’d all turn up anyway, and he actually managed to get everyone in just by asking. As I graduated, there was no doubt that I had the longest row of supporters in the crowd. And to think that only an hour earlier I was probably yelling at one of my sisters for borrowing my clothes and getting annoyed at my dad for taking so many photos!

Sure, no family is perfect, but when it came down to it I know that this is a bunch of people who love me no matter what, even though I did absolutely nothing to earn it. That’s kind of special – why avoid it if you have the choice?