Why I Exposed Abuse in the Filipino Church 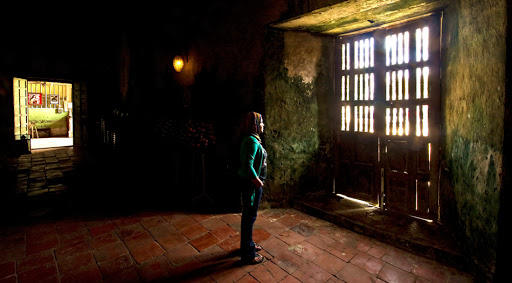 Acknowledging the truth is the first step to fixing the problems

Why did I write this book on the Catholic Church? It is a crime to assume, but I am breaking this rule. I am sure that question is swirling in your mind.

Indeed, why write about this venerable institution that has been the bedrock of faith for the majority of Filipinos, a divine institution that governs how we live, how we conduct ourselves as human beings, how we relate with each other and even how we procreate?

The Church rivals the judiciary as a clandestine institution, operating a distinct and separate world apart from us mere mortals, with its own laws, codices and regulations. It is a world where the code of Omerta is highly observed and valued, where secrecy is the norm rather than the rule.

Only a few chosen mortals are allowed to have a peek into this secretive world and even they are bound to secrecy under pain of excommunication.

When I wrote about one particular bishop who sired a child, an official from the papal nunciature told me: “The Church  has its divine strength as well as its human weaknesses.”

It is the human weaknesses of the men of the cloth that the book sought to tackle. But then, why about them when they are not elected officials holding public money, when they are not politicians whose decisions and actions affect us all?

Years ago, I proposed a story about looking into the financial accountability of Church officials. No one actually knows where donations to the Church go, how they are spent, how they are accounted for. A friend and I pitched our story to an organization that has distinguished itself as the benchmark of Philippine journalism.

The head of the media group asked my friend and me this question: “Why question the donations when it is freely given by the faithful? Are you trying to question their faith?”  In other words, our proposal was being rejected.

As moral guardians and keepers of our souls, Church leaders are held to a higher standard, especially on issues of betrayal of trust. Not only are they accountable to the people, but also a higher source from whom they draw their moral responsibility.

As pastors, with the capacity to influence others, and with legitimized power, there already exists an imbalance in the relationship between the shepherd and the sheep.

When clerical authority or power is misused, abused or even withheld, for instance in cases of sexual abuses by priests and Church officials, it is no different from taking advantage of the vulnerability of the faithful.

In the book, you will read specific examples of how such power imbalance was exercised by Church leaders, how it was used to perpetrate the cloak of secrecy and the culture of silence to hide wrongdoing by its members. It shows a Church of divine origin and inspiration, but with its human frailties.

Are we out to destroy the Church?

The answer is no. How can one book destroy a Church that has been in existence for two thousand years? As my favorite archbishop, Oscar Cruz, said: “The Church has been there for two millennia. There must be something divine in it to survive that long.”

Instead, we try to portray a Church that is divine and human as well, a local Church trying its best to institute reforms, taking baby steps to respond to the changing times without compromising its principles and dogma.

You will read stories about Churchmen attempting to navigate the mission and vision of the Church in the context of changing times but still staying true to its divine mandate.