Save Sacred Art For the Sake of the Poor 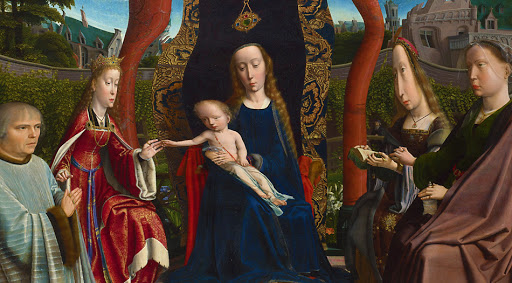 If the Catholic Church doesn’t create beauty, who will?

In a recent panel discussion hosted by Aleteia, Prof. Antonio Paolucci (Director of the Vatican Museums and Supervisor of the Artistic Patrimony of the Holy See), Rodolfo Papa (painter and art historian), and architect Ciro Lomonte commented on current developments in sacred art and on corresponding themes concerning aesthetics and theology. Vatican Radio and RAI host Benedetta Rinaldi moderated the event.

The following are some highlights from this discussion:

Paolucci: “Speculation and modern architects force the poor to live in ugly places, and those rarest of persons who go to Mass now find themselves in even uglier places. The poor of the last century also lived in horrible houses, but at least when they went to church they were able to share in its beauty. This is where we need to begin prior to any other considerations.”

Papa: “I agree. This is the sorrowful cry of the poor; it’s a political point. Thanks to Benedict XVI, we can speak very clearly about ‘non-negotiable values,’ but how may we speak about this without defending beauty? How can we talk about Truth and Goodness without beginning with Beauty? These are values that affect everyone, even non-Catholics. Some non-Catholic intellectuals wonder: if the Catholic Church doesn’t create beauty, who will? Who else is so interested in it?”

Lomonte: “The Council was interpreted according to a hermeneutic of discontinuity by a part of the liturgical movement that is backed by contemporary architecture. The problem Prof. Paolucci pointed out is real, but we also need to consider that contemporary architecture, radically interpreted, is opposed to man. It can even be anti-Catholic – look at Valdez or the syncretism underlying Bauhaus.”

Papa: “Art must also be aimed at catechesis. In the modern world, it doesn’t seem that the client [i.e., the Church] is involved. We no longer see the close connection between ethics and aesthetics, which until quite recently was very present in churches. When it comes to art, what is Catholic and what is not? There is a portion of post-eighteenth century art that isn’t interested in this connection. Mondrian and Kandinsky, for example, take inspiration from anthroposophy, or others from Hinduism.  It is difficult to see how they can speak of ‘Christ’ in their art. We need a system of art that is able to ‘say’ the unspeakable, i.e. the Incarnation. Contemporary art that raises doubts about Christ is not suitable to speak about the truths of Christianity. It is a complex theoretical and theological problem.”

Lomonte: “Philippe Daverio has said that every work has a father and a mother – the architect and the client – and that they have responsibilities one to another. Today, there are churches of this or that author. Older churches are always perceived as such and cannot ‘bear’ that an exhibition take place within their walls. In many contemporary churches, on the other hand, this is quite easily imagined.”

Lomonte: “A certain branch of philosophy comes from relativism and is therefore also based on a particular architectural perspective. Today, the architect does not simply build houses; he teaches us how to live. The architect cannot know everything, both from the perspective of craftsmanship (the sense of the architect’s leadership has been lost) and from an artistic point of view (he must ask the priest what he wants).”

Papa: “Pope Francis has said, ‘Whoever does not confess Christ confesses the world, and in the long run also confesses the devil.’ So the question is: should art be of the world or in the world? Does it need to be Christianized or be made conformed to the world? The Pope was clear – the Church must Christianize art and not become worldly. Art in Christian thought is like the humble servant who brings man to the knowledge of God, who encourage prayer. Catholic culture suffers from the difficulty of having to digest two centuries of very dense material. Gradually she will digest it, because the Church is the future.”