The “Black Pope” Dressed in White 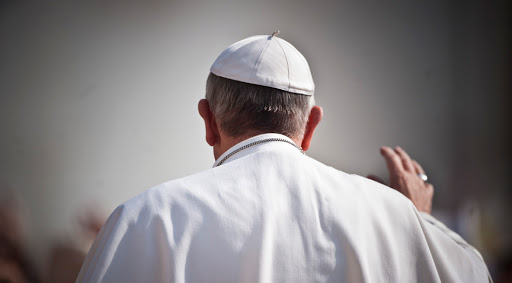 He governs the Church like a superior general of the Jesuits

All that was lacking was a guru from McKinsey to design that reform of the curia which everyone expects from Pope Francis. And here he comes.

His name is Thomas von Mitschke-Collande, he is German and was the manager of the Munich branch of the most famous and mysterious company of managerial consulting in the world.

In matters of the Church, he knows his stuff. Last year he published a book with a title that was hardly reassuring: “Does the Church want to destroy itself? Facts and analyses presented by a business consultant.” The diocese of Berlin turned to him to get its accounts back in order, and the German episcopal conference asked him to draw up a plan to save on costs and personnel.

The proposal, which he welcomed enthusiastically, was made to him by Fr. Hans Langerdörfer, the powerful secretary of the German episcopal conference, a Jesuit.

Bergoglio is also a Jesuit, and by now his actions have made it clear that he intends to apply to the papacy the methods of governance typical of the Society of Jesus, where the superior general, nicknamed the “black pope,” has practically absolute power.

His reticence in attributing to himself the name of pope and his preference for calling himself as bishop of Rome have made champions of the democratization of the Church rejoice.

But theirs is a blunder. When Francis, on April 13, appointed eight cardinals “to advise him in the governance of the universal Church and to study a project for the revision of the Roman curia,” he selected them according to his own judgment.

If he had followed the suggestions of the preconclave, he would have found the “council of the crown” nice and ready. All he had to do was to call around himself the twelve cardinals, three for each continent, elected at the end of each synod and therefore of the last as well, in October of 2012. Elected by a secret vote and representative of the elite of the worldwide episcopate, containing almost all of the influential names of the last conclave: cardinals Timothy Dolan of New York, Odilo Scherer  of São Paulo, Brazil, Christoph Schönborn of Vienna, Peter Erdö of Budapest, Luis Antonio Gokim Tagle of Manila.

But no. Pope Francis wanted his eight advisors to be chosen by himself alone, not by others. Called to answer only to him, not to an elective assembly as well.

He wanted one for each geographical area: Reinhard Marx for Europe, Sean Patrick O'Malley for North America, Andrés Rodríguez Maradiaga for Central America, Francisco Javier Errázuriz Ossa for South America, Laurent Monsengwo Pasinya for Africa, Oswald Gracias for Asia, George Pell for Oceania, plus one from Rome, not of the curia strictly speaking but of Vatican City-State, the president of its governorate, Giuseppe Bertello.

Almost all of those chosen hold or have held executive positions in continental ecclesiastical institutions.

One effect of this system upon the reform of the Roman curia announced by Pope Francis is that no commission of experts has been installed with the task of elaborating a unified and complete project.

The eight cardinals are asking separately for the contribution of persons they trust, of the most disparate profiles. In addition to the McKinsey man recruited by Cardinal Marx, at least a dozen of them have been consulted, from various countries.

Others have come forward of their own initiative, as for example Cardinal Francesco Coccoalmerio, president of the pontifical council for legislative texts, the designer of a project of reform centered upon a “moderator curiae" who would take care of the functioning of the machine.

In early October the eight will be gathered around the pope. They will deliver to him a sheaf of proposals. He will be the one to decide. Alone.