Book Review: ‘Acknowledgements – a Cultural Memoir and Other Essays’, by Barbara Kay 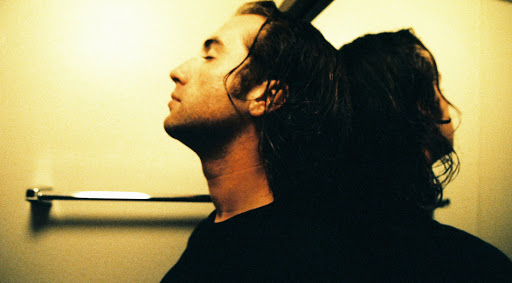 A truth-teller with bite

Reviewing a book by a well known Canadian columnist who is also an English literature scholar and book reviewer is a humbling experience, but I owe Barbara Kay a review of her latest collection of essays, being one of those who have urged her to publish her work in a systematic way. Acknowledgements – a Cultural Memoir and Other Essays consists of previously unpublished pieces as well as essays elaborating on her familiar themes — all thoughtful commentaries on the hot cultural topics of recent decades.

The first section of Cultural Memoir is about her, but not for the sake of speaking “about me”. Rex Murphy, a Canadian author and commentator on political and social matters is right on the money when he writes in his foreword:

“Ms Kay is the least Oprahfied person one could hope to find, and sees no virtues in the self-indulgent, obsessively self-regarding modes of talk and thought that dominate this therapeutic age. Pushing the self from center, refusing to turn a column into a diary of the ego, is what distinguishes her writing from the me-saturated scribbles of other pundits. For this sentence alone, we should celebrate her: ‘I have no inclination to share.’”

Yet she shares what has shaped her over the years: her education, her family and cultural upbringing, the socio-political events which marked her. She wants you to know where she comes from and the reason for her “niche subjects”. The closing paragraph of her memoir explains her passionate style of writing:

“In every subject that has aroused my writerly passion, there is at its core a Theory, an ideology or a racial imperative that in turn promotes a Big Lie sufficiently baleful to: whithold the constitutional rights of an entire class of citizens; ruin hundred of thousands of fathers’ and children’s lives; blight neighbourhoods; quash freedom of intellectual inquiry and freedom of speech; deny tax-funded services to victims of violence on the basis of sex; and privilege the state over parents in the guardianship of children.”

With no apology, she says: “Perhaps it is because my life has been so privileged that not a single one of the harms or injustices I write about has ever befallen me that I feel especially bound to pay my luck forward as aggressively as I can.”

A glimpse of some of her essays: “Feminism’s Impact on Society”, “The Pro-life Movement’s Communication Problem”, “Anti-Male Bias in the Media”, “Pseudo-Learning in Our Universities”, “But if  I am only for myself, what am I?”, “Family Court’s War Against Fathers”, “Anti-Israel Bias on Global Campuses”.

Her message to the pro-life movement is to look for what unites instead of pressing hard on what might separate it further from the pro choice camp. She doesn’t unequivocally share the pro-life position on abortion but she acknowledges the importance of fighting the good fight and therefore would like to see a better communication strategy. Canada will probably never see legislation outlawing abortion, but, as many Canadians hope, Ms Kay wishes to see juridical restrictions. Canada has no law on abortion. She seeks ways of building bridges between all those people who want to preserve as many lives as possible and to limit harms. Her recommendation is to “redirect your efforts toward a goal that is possible: going positive. You remember the fable of the Sun and the Wind and their bet about who could make the man take off his coat. My advice would be to aim at being the Sun rather than, as you are perceived now, as the Wind.” And by “being … Sun” she means working on the rational and scientific grounds for respecting the unborn child rather than moral ones.

If you have been out of touch with what is going on in university campuses and academia you should read “Pseudo-Learning in Our Universities” and you will be more intellectually prepared to challenge the judgments of anyone you know studying in the field of Humanities and/or Social Sciences. As a matter of fact you will do them a favor, bearing in mind that “from their ivory towers our leftist ecclesiastics rigorously monitor the four credos from which no dissent is permitted: relativism (each to his own “truth” except the truth of relativism, which is absolute), feminism, post-colonialism and multiculturalism.”

In “But if I am only for myself, what am I?” Ms Kay goes on to describe the erosion of civic trust and its consequences for our communities. There are boundaries to be respected to maintain a healthy environment, one of them being decency. She is rightly enraged that taxpayer’s money has gone to the promotion of Sex: A Tell-All Exhibition which clearly trespassed the boundary of decency. Another example of disturbance in the line of civic trust is related to clothing. Interestingly, she wants to ban the two extremes of the spectrum: too little body coverage and too much body exposure, like the wearing of niqab. Both, she argues, are a sort social aggression.

“Feminism’s Impact on Society”, “Anti-Male Bias in the Media” and “Family Court’s War Against Fathers” can be read as a trilogy as they manifest the same basic disorder: an exponential inflation of women’s rights and status leading towards denigration of men. It is true that when you see it, you see it everywhere. You will find it in advertisements, films, sitcoms, government agency ads, talk shows. One of many examples from “Anti Male Bias in the Media”: an ad in Dallas Area Rapid Transit buses in November 2008 portrayed a little black girl saying, “One day my husband will kill me”, and another had a man saying, “When I grow up, I will beat my wife”. The chapter on the Family Court shows how anti-male culture has penetrated Canadian jurisdiction.

The last essay, “Our Dogs, Ourselves” is almost a mini-thesis on pit bulls. Yes, there is enough “stuff” to write this widely-feared breed, and Ms Kay reveals a rather disturbing scene. I had no idea that the tentacles of relativism had reached the canine enthusiasts’ world. All the buzz words exist in this subculture: my truth vs your truth, rights, racism, discrimination … right up to rhetoric about Nazis and Holocausts. Replace multiculturalism by “multicaninism” and you will get the picture. Well organized lobbyists are engaged in doing all that it takes to defend pit bulls when facts clearly show how ferocious they are. Michael Bryant, former attorney-general of Ontario and a militant advocate of a pit bull ban on principle writes: “Barbara Kay’s essay on pit bull politics is the last word on the subject: she’s nailed it, and nailed her opponents over the head with more research and more relentless logic than I thought possible.” You have to read it and judge for yourself, but just keep in mind one of many statistics presented in the essay: each year, about one pit bull in 100,000 kills someone, compared with one non pit bull in about 10 million.

In conclusion, if you want food for thought for the coming weeks and months, you won’t be disappointed with this book. And, by the way, it is so well written that if only for this reason, you should put it in your shopping basket.