60 Feared Dead in India from Monsoon 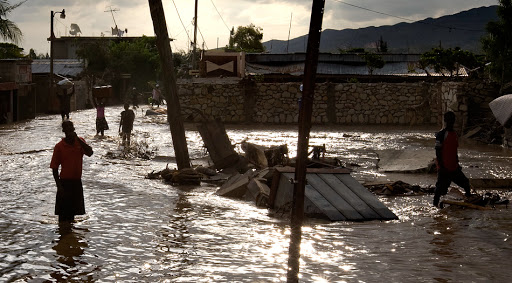 Military helicopters have been called in to try to rescue marooned residents and pilgrims after homes and roads were washed away in northern India.

Torrential rains have triggered flash floods and landslides, leaving at least 60 people feared dead and thousands stranded after the monsoon covered the country ahead of schedule, officials say.

Authorities have called in military helicopters to try to rescue marooned residents and pilgrims after homes and roads were washed away in the Himalayan state of Uttarakhand.

"We are unable to confirm the number of deaths since most of the communication lines have broken down across the state," Yashpal Arya, the minister for disaster and relief in Uttarakhand, said on Tuesday.

River water levels are continuing to rise across the state, clogging roads and leaving hundreds of pilgrims stranded on their way to visit Hindu shrines, officials said.

Television footage showed bridges, houses and other buildings crashing down and being washed away by the swirling waters.

A swollen river is seen engulfing a giant statue of Lord Shiva in the tourist city of Rishikesh in Uttarakhand.

Fresh rains in Uttarakhand were hampering rescue efforts, with teams from the national disaster management authority camping in the popular pilgrimage town of Haridwar awaiting air lift to the worst-affected districts.

The state government was also readying food parcels and drinking water to be dropped by helicopters to remote villages cut off by the torrential rains.