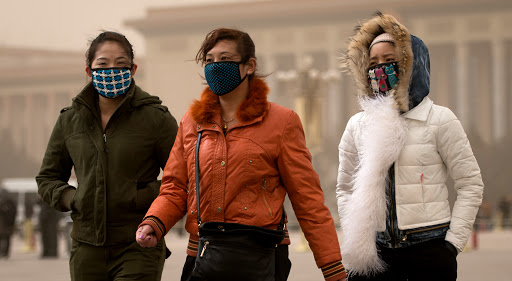 Controversial step in battle against pollution

China’s Supreme Court has announced it will use the death penalty to punish serious environmental offenders, days after the government set 2017 as the date by which emissions would be cut by 30 percent.

The court said the decision amounted to "a powerful legal weapon" for enforcement of environmental standards, as global concern at the country’s soaring emissions grows.

In 2010 alone, 1.2 million people died from pollution-related deaths, with coal fired power stations the leading cause. Mining has also been a key factor.

The government, which has historically been reluctant to release figures on pollution, has admitted that the problem is worsening dramatically, with pollution statistics from January this year showing a 30 percent increase on those of 2012. Air pollution levels that month were logged at 755, on a US-designed 0 to 500 scale. The US embassy in Beijing described it as “Beyond Index.”

Beijing is growing increasingly concerned that the crisis could have a destabilizing effect on the country. The issue was reportedly raised in discussions between US President Barrack Obama and Chinese Premier Xi Jinping last month, with the Communist Party fearful that it may soon lead to civil unrest.

What criteria the Supreme Court uses to classify an environmental offender remains to be seen, however. China’s economic boom, which has been a lead cause in the expansion of the energy industry, has been aggressively encouraged by the government and business elite, although it is likely that high-profile polluters will be shielded from punishment.

The state-run Xinhua News Agency quoted the court explanation as saying that “particular attention would be paid to enterprises that previously used toxic substances and discharged dangerous waste, or are located in environmentally sensitive areas where major environmental pollution accidents have happened over the past one or two years.”

Originally published at UCAnews on 20 June 2013.  Used by permission, all other rights reserved.