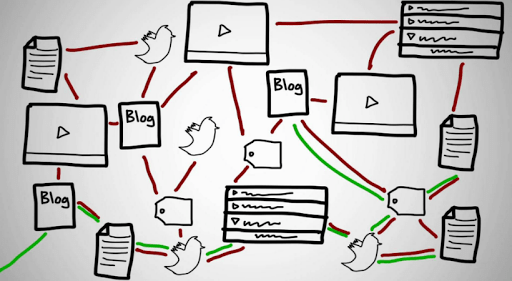 Fewer undergraduates may be majoring in the humanities, but that doesn’t mean they have lost their desire for truth

The humanities in American higher education are in deep crisis, and the cry of alarm released on June 18 by the American Academy of Arts & Sciences will probably contribute little to a renaissance.

How deep is the crisis? Here a few warning signals: according to the New York Times, a recent report shows that only 20% of undergraduates at Harvard now major in the humanities. And in another report showing statistics for 2010, only 7.6 percent of bachelor’s degrees nationwide were awarded in the humanities.

The Times also recalls for us that last fall, a task force organized by Florida governor Rick Scott caused a national outcry when it recommended that state universities charge higher tuition to students majoring in fields like anthropology or English, which are less likely to lead to jobs.

As a former academic, I can add my own first-hand experience of the declining role of the humanities in American higher education. Many students simply don’t see the need for a course in philosophy (my former field) when all they really want to do is get on with their major and get out into the workforce.

The humanities themselves, as they are generally practiced throughout academia, surely deserve the lion’s share of the blame for the crisis. For decades now, they have failed to make a compelling case for their centrality to a happy and productive life. They have indulged a passion for skepticism, materialism, nihilism, and one or two other noxious –isms that one can find catalogued and critiqued in Blessed Pope John Paul II’s encyclical, Fides et Ratio, and in so doing they have, perhaps unwittingly, consigned themselves to irrelevance.

So what’s going to happen to the humanities in our culture? Will they simply continue their free fall into obsolescence? If I may play futurist for a moment, I’d like to offer a conjecture or two.

First, those institutions sufficiently self-possessed to continue to offer a curriculum unabashedly centered on the Western tradition of the humanities – that is, an integrated curriculum focused on the search for a truth not reducible to human choice or cultural convention – will, by and large, continue to survive and perhaps even flourish. I believe that those Catholic institutions eager to play the role of happy culture warrior will tend to do best of all, as their understanding of the humanities is the richest and most intellectually coherent. But more and more, these institutions will become outliers, though bravery grounded in truth will always inspire a following.

Second, students at mainstream secular institutions, or at religious institutions aping whom they mistakenly take to be their betters, will continue to drift away from the humanities and into more “job friendly” lines of study, or away from academia altogether. Undergraduate education in the United States will become elaborate and rather expensive job training – even more than it is today. And it will begin to dawn on more and more students, as it has already begun to do, that one can bootstrap a career or business without having to go through the hassle and expense of college.

So will this mean the end of the humanities for all but a slim minority?

Perhaps so. And yet, though the humanities will always have to fight for their place within any culture, they fortunately have human nature as their greatest ally. As Horace said, you can throw nature out with a pitchfork, but it will always come running back. Human beings are made for the truth, and that desire will always find expression, in one form or another.

One form in which that desire is finding expression today is in the growing popularity of online higher education. Money Magazine did a fascinating story in its May issue on the rise of the MOOC, or massive open online course, which is generally a free course offered by an elite institution or private company that can draw as many as tens of thousands of students.

There are pedagogical problems with MOOCs, of course, notably the lack of student-teacher interaction and low percentage of students who actually complete such courses. But they signal a trend that will only, I believe, keep picking up steam. Digital technology puts tremendous and attractive power in the hands of individuals. A chief feature of that attractiveness is the ability to enjoy more experiences cheaply and on demand, whether that experience be a movie or the study of history. A future in which more and more students are engaging in intellectual pursuits, including the humanities, via laptops and smart phones seems inescapable.

This does not mean, however, that every online offering must take the form of the MOOC. But neither does it mean that every online course must be offered for credit–think of the kind of theological and cultural formation that Father Robert Barron is doing with his hugely popular Word on Fire ministry. Yet whatever the structure of the course, I predict that in a not-too-distant future more students will be studying the humanities via digital devices than in brick-and-ivy institutions. The great conversation will transfer in large part to what John Paul II called the “Areopagus” of modern digital media.

Purists may blanche at the prospect. But it is well to keep in mind where the humanities in the Western tradition more or less got started: with Socrates asking questions of his fellow citizens, not around a seminar table, but in familiar places like a market, a banquet, or a gymnasium.

That is, wherever folks happened to congregate.

Daniel McInerny is an author, journalist, and brand storytelling consultant at The Comic Muse. You can contact him at daniel@ thecomicmuse.com.