Catholic and Muslim Leaders Meet for Dialogue on Secularism 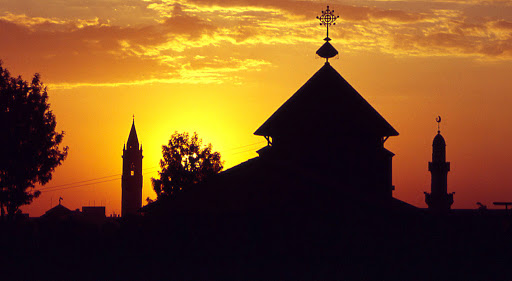 A meeting on the tightrope between secularism and ideology

The members of a foundation seeking to improve Christian and Muslim relations met in Milan this week to discuss the growing problems of global secularism and extremism.
“Secularism and ideology are two problems for Christians and Muslims today, in different ways maybe, but the topic is the same,” Maria Laura Conte, editorial director of Oasis International Foundation, told CNA/EWTN News June 17.
“We want the West and East to share experiences,” she added.
Experts met June 17 and 18 at the University of Milan to discuss the tightrope between secularism and ideology so often walked in both the West and the Middle East. This was the tenth annual meeting of the Oasis International Foundation.
“Through meetings like this where people can share their experiences, we can build a piece of this dialogue every day,” Conte said.
Speakers came from a wide variety of nations, including Iraq, Iran, Jordan, Morocco, Lebanon, Syria, Egypt, Tunisia, Saudi Arabia, Indonesia, Pakistan, the United States, France and Italy.
They included Cardinal Angelo Scola, archbishop of Milan and the network’s founder; Sami M. Angawi, president of al-Makkiyah al-Madaniyah Institution in Saudi Arabia; La Sorbonne professor Rémi Brague; Cardinal John O. Onaiyekan, archbishop of Abuja; and Jawad al-Khoei, a Shia leader from Iraq.
Cardinal Scola founded Oasis in 2004, after he was asked to do so by seven bishops of Damascus while he was rector of the Pontifical Lateran University.
The Damascene bishops hoped for cultural support in the midst of Syrian society, and the foundation has served as a forum for inter-cultural and inter-religious dialogue.
The Knights of Columbus have been supporting the Foundation since its creation ten years ago.
Carl Anderson, head of the Knights, called on Americans to “have some solidarity” and “extend a helping hand” to Christian communities in predominantly Muslim countries.
“If we don’t want Christian communities to disappear altogether, we’re going to have to spend more effort and greater attention to their plight and begin to develop ways of solidarity,” Anderson said at the conference June 17.
Anderson, who is a member of  Oasis, noted that “the first thing is a recognition that there is a crisis in many countries and we have an obligation to respond to that crisis.”
“I hope Americans are more and more aware, because the situation in many countries is very difficult now,” he told CNA/EWTN News. “We Americans, have to redouble our commitment to religious liberty.”
He stressed the need to “understand that in many places of the world, even if we don’t hear about it, the test of the free exercise of religion is going on in various strenuous conditions.”
“It’s requiring many people to make great sacrifices, day in and day out.”
Anderson's comments were echoed by Cardinal Scola, who asked that Christians in the West show “love and support” to their brothers in the Middle East.