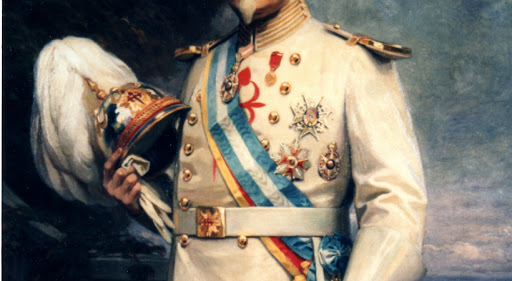 As a result of his many years of service to the Church, Philippe Oswald was made a Knight of the Order of Gregory the Great on June 14. He received a medal from French Cardinal André Vingt-Trois; hung from a red and gold ribbon, the medal bears the image of Saint Gregory the Great (590 – 604) and on its back is inscribed, “Pro Deo et Principe” [for God and the Prince (meaning the Pope)].

Oswald’s advocacy of Catholic thinking began first as a university student where, studying comparative philosophy at IPC (Institut de Philosophie Comparée), he embraced the thinking of St. Thomas Aquinas.  His outstanding scholarship drew attention, and he went on to serve as an assistant to the faculty.

In 1978 he began working as a journalist for one of France’s flagship Catholic publications, Famille Chrétienne [Christian Family], where he eventually became editorial director.  During his thirty years of service at this magazine, Oswald shaped Catholic life in France – an accomplishment that few others can claim.

Oswald sees his current work for Aleteia as completing the connection between his philosophic training and his work as a journalist.  In a recent interview with Famille Chrétienne, he notes that the Frenchman Olivier Bonnassies, with the help of Jesús Colina and his wife Gisèle, founded Aleteia to provide answers to life’s most profound questions – the domains of philosophy and theology.

Aleteia also addresses the need for the largest global faith, Catholicism, to have a presence on the internet commensurate with its numbers and potential contribution to society.  Oswald finds the international dimension of his work with Aleteia particularly appealing.  “It’s a chance to have our voice heard,” he says.

The French edition of Aleteia has quickly become a national leader in covering such stories as the widespread uprising against the legalization of gay marriage in France.  Using Paul VI’s phrase, Oswald says that the Church is now more than ever revealing itself to be an “expert in humanity.”