Recycling Mozart and the Landfill Harmonic 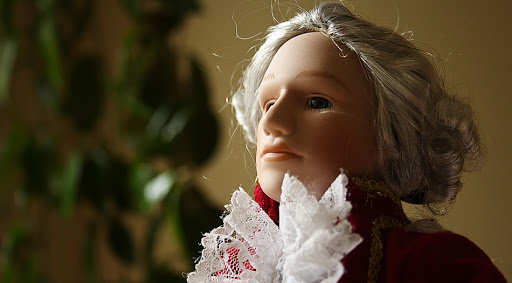 Beautiful music coming from the the unlikeliest of places

Cateura is a city of 25,000 on the outskirts of the Paraguayan capital Asunción which has sprung up on a reeking landfill. Five hundred recyclers pick over the junk which arrives every day. It is one of the biggest slums in Latin America.

“There are seven different neighbourhoods built around the landfill, accounting for over 2,500 families living in close proximity to dangerous waste. Most of the families, including children, are employed by the landfill as recyclers. The poverty has forced children to work in the landfills, neglecting any education that might lead them to a better life”, says the Arts Journal blog.

It’s an unlikely place for a musical miracle. But in this forgotten and polluted corner of the world, an inspiring adventure is taking place: La Orquesta de Instrumentos Reciclados de Cateura (the Cateuran Orchestra of Recycled Instruments). This is a musical association that lifts youth out of poverty by making musical instruments.

The movement has captured global attention since YouTube posted a brief video last November entitled “Landfill Harmonic – The world sends us garbage… we send back music”. An aluminium salad bowl with forks is used for a violin; marmalade tins represent the sound of a guitar; beer bottle caps serve as saxophone keyboard; and plastic toys imitate a drum. From this unusual orchestra of 20 poor kids flows the music of Beethoven and Mozart.

La Orquesta de Instrumentos Reciclados de Cateura began in 2010. Fabio Chávez, an Argentinean who plays the clarinet and the guitar, opened a music school in Cateura in 2006. “One day it occurred to me to teach music to the children of the recyclers and use my personal instruments,” he explains. “But it got to the point that there were too many students and not enough supply. So that’s when I decided to experiment and try to actually create a few”.

It was that or nothing. “A community like Cateura is not a place for having a violin. Indeed, a violin is worth more than a house,” said Chávez.

Then one of the locals, Nicolás Gómez, found a violin box under the waste. Aha! They started making instruments from the rubbish. It turned out that they were standing on a source of magic and music which could be an escape from poverty, alcoholism, drugs and gang violence.

Gómez dropped his recycling job and became a luthier. Now he has made drums, flutes, cellos and guitars with tins, wood, kitchen tools and scraps. "I only studied until the fifth grade because I had to go work breaking rocks in the quarries," he told NBC News. But "if you give me the precise instructions, tomorrow I'll make you a helicopter!"

Luis Szarán, who directs an orchestra in Paraguay, accepted the challenge of teaching music to the restless kids and Landfill Harmonic took shape.

“Today I cannot live without the orchestra, like my brother Andrés, who plays soprano saxophone with a galvanized pipe”, said Rocío Riveros, a 15-year-old girl who has learned the flute. Ada Ríos is 14 and plays the violin. She agrees with Rocío. “The orchestra gave to me a new sense to my life. Sadly, in Cateura many young boys don’t have the opportunities to study because they have to work or they are already addicted to alcohol and drugs”.

To extend the spirit of the music and the virtues of persistence and hard work, the orchestra wants to spread the word with a movie and world tours. Director Alejandra Amarilla Nash and producer Juliana Penaranda-Loftus are making a documentary, Landfill Harmonic, with the help of funds raised on Kickstarter. They budgeted for US$175,000 so that they could finish early in 2014.

“Landfill Harmonic is not simply a film. It is a movement to provide creative and simple solutions to the poorest communities which can bring powerful social transformation. We plan to use the film as the vehicle and reinforcement to what simple ideas can do to change communities. The Landfill Harmonic Movement will showcase the power of creativity, hope, empowerment and community work”, they told potential donors.

The response was overwhelming. In 47 days, they raised $214,129. With this they will be able to set up an international appearance and have an extra week to film in Paraguay.

They hope to create an infrastructure so that the experience can be repeated in other countries. They have already been to Panama, Colombia, Brazil and the Musical Instrument Museum of Scottsdale, Arizona, the biggest instrument museum in the world. The museum gave them two cellos and two guitars, trumpets, violins and soprano saxophones. In May the young musicians received a donation of 37 professional instruments from Myrna Sislen, an American performer and they were visited by the Megadeth bass player David Ellefson.

It’s amazing what can be done with a bit of creativity and generosity!