The End of the Pope’s 100 Day Honeymoon 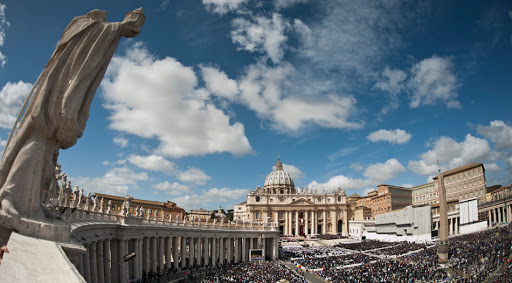 One hundred days after his election, Pope Francis is still enjoying his honeymoon moment with Catholics and even non believers all over the world, but signs of creeping discontent are starting to appear in some Church circles.

It is undeniable that the pope “from the end of the world” – as Francis self described himself on the night of his election – has already left a decisive mark on the papacy in his first months on the job. The change has been mostly in style: his simple, direct approach to the role of “Christ's vicar on Earth” is what has mostly wowed laypeople and the media.

Yet some moves that could be interpreted as a consequence of his humble personality, are starting to appear as an integral part of his way of tackling the intractable Vatican bureaucracy – thus realizing this widespread desire for change and reform that was expressed by the cardinals ahead of the conclave.

Take for example his decision to live in the Vatican Santa Marta guesthouse: it was taken deliberately as a consequence of his desire not to lose daily contact with the priests and bishops who visit the Vatican daily.

Under his predecessor, they had barely a chance to meet the pope. They could only do so by submitting a formal request to the office overseeing the papal agenda. With Francis, they can meet him every day at dinner in the common hall.

By doing this, Francis instantly reduced the once overwhelming power of the papal “court.”

But even if the tens of thousands of people who fill St Peter's Square every week can't get enough of the pope, some people within and without the Vatican are starting to turn their noses up at his informal style.

There are hushed complaints, in fact, that the pope “speaks too much,” and sometimes barely hidden impatience at his breaks with tradition, such as his break with the papal custom of spending the summer months at the papal villa in Castel Gandolfo.

His off-the-cuff homilies at his morning Masses in Santa Marta are sometimes criticized because, according to critics, the pope's direct style risks confusing believers on some points of Catholic doctrine, as when he hinted that atheists could be saved too.

In his homilies he has also often repeated that the 12 apostles didn't need a bank account – something commentators have taken as a hint he might want even deeper reforms for the scandal-prone Vatican Bank.

The bank's new management, which was set on a course of transparency and accountability by Pope Benedict, has now gone on a global media charm offensive, with the director-general even claiming that the bank is indispensable to ensure the Church's freedom.

Francis immediately proved he is not afraid to rock the boat by appointing a Vatican diplomat who ostensibly enjoys his trust as the bank's overseer, a role that had been vacant for years.

Or take the pope's private audience with a group of Latin American Religious last week, where he hinted at the existence of a “gay lobby” within the Vatican.

Even if the contents of the meeting were meant to remain private, and what became public was not a verbatim transcript of the conversation, these words still made headlines worldwide, hinting that the pope might eventually run into rough waters for some of his unscripted remarks.

Francis himself, though, doesn’t seem bothered in the least by this risk.

He has often repeated that it is better to do wrong than to do nothing, and that the Church shouldn't rely too much on carefully constructed plans but leave space for God's Spirit to act. In fact, almost as if he wanted to put a stamp of authenticity on the “gay lobby” leaked memo, just two days after it become public, he repeated a portion of it almost word for word to a group of cardinals.

According to the memo, Francis made it clear that reform of the Vatican was still very much in his mind, and that he wants to go ahead with it slowly but deliberately. Some within the Vatican, used to change at a glacial pace, if at all, are undoubtedly more than a little worried that this might actually happen.

The date to watch? October 1-3 when the cardinals' group for Curia reform appointed by the pope will meet for the first time.