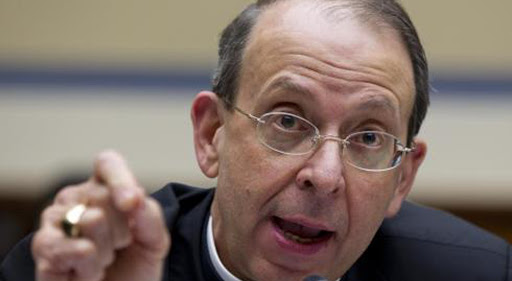 Catholic and Baptist leaders are collaborating to ask national legislators to support a bill that would offer conscience protections to healthcare workers across the country.
“While Catholics and Southern Baptists espouse different theological views, we are united by the belief that Congress must act to help preserve our freedom of religion and conscience,” Archbishop William E. Lori of Baltimore and Russell Moore of the Southern Baptist Convention wrote in a June 21 letter to members of Congress.
“We urge you to do all that you can to ensure prompt enactment” of the Health Care Conscience Rights Act, they said.
Archbishop Lori chairs the U.S. bishops’ Ad Hoc Committee for Religious Liberty, and Moore is president of the Ethics and Religious Liberty Commission of the Southern Baptist Convention.
The letter was released on the first day of the 2013 Fortnight for Freedom, a two-week period of prayer, education and action leading up to the Fourth of July, which encourages greater respect for religious liberty both in America and abroad.
The religious leaders explained that the proposed legislation “would address threats to religious freedom and rights of conscience that have become particularly grave in the field of healthcare.”
“As many people are being forced – and many others will soon be forced – to either follow what the government compels or suffer for their faith, now is the time to pass legislation that protects our God-given freedom,” they stressed.
The Health Care Conscience Rights Act has been introduced both chambers of Congress, by Senators Tom Coburn (R-Okla.) and Deb Fischer (R- Neb.) in the Senate and by Rep. Diane Black (R- Tenn.) in the House of Representatives.
Moore and Archbishop Lori highlighted the “unacceptable” threats to religious liberty posed by the Affordable Care Act’s contraception mandate, which would force employers to offer health insurance plans covering contraceptives, sterilizations and some drugs that can cause early abortions, even if doing so violates the employer’s deeply-held religious beliefs.
They also detailed infringements on the rights of healthcare workers who conscientiously decline to perform abortion procedures and experience subsequent discrimination in the workplace.
Without a law protecting the conscience rights of healthcare workers, “even Americans’ right to serve the sick and needy without violating their religious convictions on human life is not secure,” said the Christian leaders.
The proposed legislation would seek to address threats to religious freedom by extending existing conscience protections to the Affordable Care Act and expanding nondiscrimination laws to protect healthcare workers with conscientious objections to certain products and procedures.
Archbishop Lori and Moore noted that under current law, healthcare professionals “do not even have a right to go to court to defend their God-given rights of conscience,” and they subsequently often face “pressure and threats to take part in the destruction of innocent life.”
“The Health Care Conscience Rights Act would address these serious problems in ways consistent with our federal government’s long history of bipartisan consensus on respect for rights of conscience,” they said.
Archbishop Lori further expressed his support of the bill in a statement by the U.S. Conference of Catholic Bishops, saying that the “right to live out our faith in the public square – in our churches, our schools, and our places of employment – is too important not to defend.”
Originally published at Catholic News Agency on 24 June 2013.  Used by permission, all other rights reserved.