The Long Walk to Reconciliation in Africa 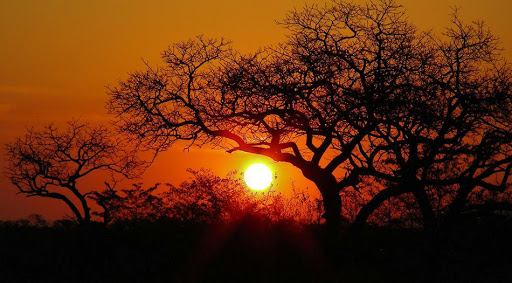 True peace must include a change of the heart, not just the settling of external matters

There is much insight into human nature contained in the popular refrain, “To err is human and to forgive divine”. Someone pragmatic once said that if “an eye for an eye and a tooth for a tooth” was the predominant maxim we lived by, then the whole world would be blind and toothless.

Dozens of African leaders met in May 2013 in the Ethiopian capital to mark 50 years since the founding of the African Union. One of the pressing items on the agenda was the call for the Hague-based International Criminal Court to drop crimes-against-humanity charges against Kenyan President Uhuru Kenyatta. Following the violence that rocked the country after the 2007 elections more than 1,100 people lost their lives and 650,000 others were forced from their homes during two months of ethnic warfare. The catchphrase, “Don’t be vague, go to the Hague” became the order of the day and it sounded good while it lasted. In the process of investigation, Uhuru Kenyatta and his current Deputy William Ruto were among those accused of planning and financing the carnage. 5 years down the line, when passions have cooled down and reason has woken up, the hitherto popular clarion call for justice is now proving a bitter pill to swallow.

I for one have never agreed with the way expressions such as “forgive and forget” or “let bygones be bygones” are oftentimes carelessly tossed around – if only because they invariably tend to confuse mercy with negligence. An analogy can be drawn from the approach taken by a negligent doctor who assumes that a broken bone or a festering wound will miraculously heal itself by merely wrapping it with a bandage or applying a soothing lotion over it. Likewise, historically, deeply rooted disputes all over the world have in most situations caused outbreaks of violence in which every trace of humanity seems to disappear. One needs only a cursory glance at the sufferings and sorrows of recent history in Africa (Rwanda, Northern Uganda, South Africa, Darfur …) to be convinced of this fact.

Every living community has a way of dealing with perpetrators just like any living organism has its proper ways of healing. Traditionally, Africans have had their own mechanisms and remedies for large-scale crimes and for re-establishing peace and meting out justice. These are reflected in the “gacaca” (open-air) courts set up in Rwanda to cope with those suspected of organizing and carrying out the 1994 massacres. Mandela’s South Africa set up a Truth and Reconciliation Commission to deal with the crimes of torture and repression in the years of apartheid. Many people in northern Uganda, where there have been countless atrocities, prefer the local solution of “mato oput” (where both sides come together and drink a “bitter herb” of reconciliation).

Justice is necessary for peace but it is not sufficient. Peace can only be achieved as the result of inner reconciliation. Every society needs acts of reconciliation in order to enjoy peace. As a matter of fact, these acts are a prerequisite for a good political order and being pre-political, such processes must spring from other sources – sources that tap into the depths of man’s inner life. The inner purification of man is the essential prior condition for building justice and peace and this purification and inner development towards true humanity cannot exist without man opening up to the divine impulse. If it is really true that “to forgive is divine” then it follows that all men are in need of a superhuman power to overcome guilt and hatred. This in fact is one of the key roles that religion must play in public life. Religion, not politics, deals with man’s value system and is thus integral to public order in every society. It delineates man’s transcendent common good and thus puts the other particular goods in context.

Numerous authors and scholars have spoken and written about the Africans’ profound sense of the sacred, of the existence of God the Creator and of the spiritual world. To sample just a few; Steve Biko the murdered South African activist said that in Africa, religion is not a specialized function observed on one day of the week in a special building but “it features in our wars, our beer drinking, our dances and customs in general.” Ben Okri, Nigerian novelist, said that Homer and Shakespeare would have found it easy to talk with modern Africans because they have a strong sense of the transcendent and John S. Mbiti in his book African Religions and Philosophy argues that Africans are a “notoriously religious” people. Religion in Africa, be it Christian, Islamic or animist, is more than a mere defense against the uncertainty of life. It is the lifeline of a people.

As a way of circumventing the ICC, Chief Justice Willy Mutunga announced in November 2012 that Kenya was to set up a special chamber of the High Court to try international crimes, including those committed during the electoral violence. That left me wondering – how does a locally appointed court pretend to judge international crimes? Again, I do not deny that such tribunals are good and necessary (within their limits of competence), but once again, it is clear that they are insufficient. When we say we should resort to local mechanisms we do not imply that we fall back exclusively or mainly on the court systems. Court systems are the skeleton, not the life principle of societies. Legal amendments and justice systems guarantee that a society’s “broken bones” are put back in place, but they do not breathe new life into a community. A people without a belief system or a culture-specific moral code is like a body without a soul. Don’t get me wrong; this is not an attempt to downplay legal or political mechanisms or to replace them with religion. It is simply a clarification of domains and a desire to point out areas of competence. We in Africa need to rediscover the rich religious substratum that is ours; a substratum that is largely untapped either out of fear of being labeled superstitious or out of a juvenile desire to ape western secularism. To ignore religion is to ignore a living organism’s source of self-regeneration. To ignore such a source of moral energy is as foolish as ignoring those rich oil wells trapped within a countries’ bowels that can greatly boost that country’s economy if only they are harnessed.

It has been said that Africa has a thin layer of Western materialism covering millennia of pagan philosophy and that many problems facing modern Africa are due to the lingering effects of this paganism. I agree for the most part with this statement for as long as that tendentious word “paganism” is not equated with atheism or occultism. Paganism is the religion of the natural man before the dawn of revealed religion. And natural religion, in so far as it is a yearning for transcendence, retains in itself, some natural goodness. I would go as far as saying that owing to the fact that Christianity is the only revealed religion that preaches forgiveness of sins, the onus falls on Christianity to re-examine and amend the false claims of most of its first missionaries who, scrutinizing Africa with European lenses, assumed that traditional African religious ideas were "demonic and anti-Christian”. Modern Christians need to enter into dialogue with all traditional African religions that still retain a vestige of rites of purification and expiation even if they belong to the dreaded Mungiki sect. If this is not done, then I fear that Africa will continue to experience its cycles of poverty, warfare and famine until this pagan orientation has been overcome by an encounter comparable to that of the (pagan) Greco-Roman world with the Christian faith.

We need to open up “forecourts” or “entrance lobbies” of reconciliation. These would be places of learning and preparation for that most urgent inner transformation we experience when the weight of guilt is lifted away. How else did Mandela find the strength to forgive his persecutors? Whatever happened to him in the isolation and darkness of Robben Island rejuvenated and freed him interiorly, encouraging him to make a new start. Perhaps this “forecourt” or what I prefer to call an “African Areopagus” is what the 50 year old AU should gradually morph into – a common space where the plethora of African tribes and religions can convene for dialogue and dispute resolution; a place where African leaders can mutually learn and benefit from each other. Come to think of it; which better venue to reconvene humanity than Ethiopia, where legend has it, human migration begun?