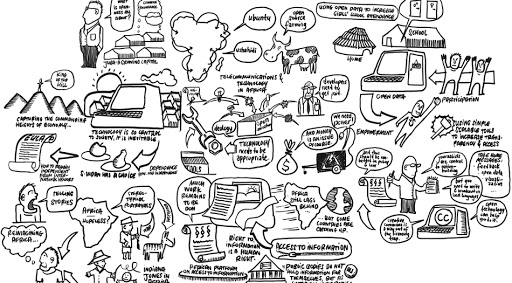 Spoken or not, the message received is clear: women have wasted their potential if they don’t have a career. But is that true?

During a recent perusal of the blog PostSecret, in which anonymous contributors send in postcards with personal confessions, I found one regarding society's expectations of women.

It said, "I wish I was an oppressed female living in the 1950s so I could be a housewife and not feel guilty about it."

Spoken or not, it is implied today that any woman who does not pursue her career for 5-10 years before having children has wasted her potential.

Society is less specific on their expectations of what young women are supposed to do, though they will be satisfied if a large number of them become CEOs of multimillion dollar organizations, a la Sheryl Sandberg (to say nothing of preaching to the rest of the world about how to be a "successful woman"). All we young women know is that we are supposed to work harder to rise in the ranks and make money. I think.

Young women are not the only ones confused, however. Chris Krapek of the Huffington Post wrote a review of a movie called Frances Ha, in which the young woman "has no real grasp on her future." Krapek goes on to describe how his own life has veered off of what seemed like a straight, clear course. The people of our parents' generation can identify with the confusion that comes after rejection or failure; what to do now? Where to go?

My parents reacted differently than have Krapek or Ha, because they felt a higher calling. My parents wanted to have good jobs that would allow them to provide a better life for their children. They knew they wanted children and relied on themselves to provide for their well-being.

The singular motivation of a child is gone, though. No longer do we struggle to gain the extra penny for the sake of a future generation. Now we languidly wander through job websites in an attempt to pay for the iPhones, clothes and other status items we need to live.

In the 1950s, the oppressed woman had a selfless center: her family. Today, women are encouraged to prepare themselves for their career via education, networking, accessorizing, etc. In no way does this outlook prepare a woman for the reality of marriage and family.

A friend of mine, a mother to nine children, said, "Marriage is the first step to purging yourself of selfishness. The second step is motherhood. My needs and my wants always come second."

For many in my generation, the idea of coming second is terrifying. A woman has value in and of herself! She needs to follow her desires and dreams, and if that means not having children, so be it.

Not so, says Pope John Paul II in Mulieris Dignitatem, "[a woman's] dignity consists in the supernatural elevation to union with God in Jesus Christ, which determines the ultimate finality of the existence of every person both on earth and in eternity."

Everyone seeks to be united with Jesus Christ in heaven, but Mary, and as a result, all women, have enjoyed an incredible and unique union with Jesus as a result of motherhood. Even though no woman but Mary experienced the physical union with Jesus, all women have the opportunity to lose their selfishness through motherhood, and that is a holy goal indeed.