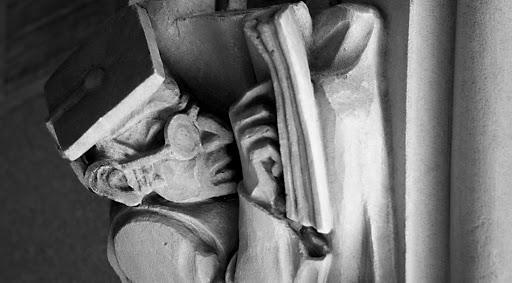 Professors at Catholic universities were quick to comment on Wednesday's Supreme Court rulings that overturned the federal Defense of Marriage Act (DOMA) and allowed same-sex marriage to proceed in California.

While much of the commentary was legal analysis — such as that by Notre Dame law professor Richard Garnett, who told the National Catholic Register to expect a more heated legal battle following Wednesday's rulings — others seemed inspired to spur on the activists for same-sex marriage.

Doug NeJaime of Loyola School of Law in Los Angeles, which is affiliated with Loyola Marymount University, commented on the rulings for publications including The Atlantic, the Pittsburgh Post-Gazette and the Washington Blade, a homosexual-oriented publication.

"It's a very big day obviously," NeJaime reportedly told The Atlantic. "It's two big steps forward for the same-sex marriage cause. But the interesting question is what happens down the road, because the constitutionality of state bans has not been resolved."
He reminded activists that overturning DOMA did nothing to gain federal benefits for same-sex partners in states that do not allow same-sex marriage.

"Couples in those 38 states have the same legal status that they had yesterday. They can't get married under state law, and they don't have the access to federal benefits that hinge on marriage," NeJaime told the Post-Gazette.

But Elizabeth Cooper of the Fordham University School of Law gave hope to activists in her comment to The National Law Journal:

“Although the court declined to address the question of whether same-sex couples have a constitutional right to marry in Perry, that question will one day come squarely before the court and it will answer in the affirmative. Indeed, the logic of Windsor [striking down DOMA] compels such a result.”

…[S]upporters of same-sex marriage would do well to chip away at states in which public opinion has changed. If the amendments in these states are successfully overturned, the victories might create mandates, persuading state legislators or judges to formalize the legalization of same-sex marriage within their borders. As the number of states legalizing same-sex marriage increases, the pressure for other states to follow suit will increase.

…The state constitutional amendments that washed over the country in the past decade can be washed away just as quickly, as LGBT public interest groups take advantage of initiative amendment procedures that have previously worked to oppress them. With public opinion now shifting, it is time to turn the tide.

Thomas Bushlack, assistant professor of moral theology at the University of St. Thomas in Minnesota, took the opportunity of the Supreme Court rulings to take a swipe at the Catholic Church. He wrote as a guest blogger at the political theology site There Is Power in the Blog:

I believe that efforts on the part of individual Christians and church leaders (and here I can speak more specifically as a Roman Catholic moral theologian in the state of Minnesota, where in November voters narrowly rejected a constitutional amendment similar to Proposition 8 and where the state legislature just legalized gay marriage, effective in August) to solidify the legal definition of marriage as between one man and one woman has neither served to promote the common good nor to facilitate the preaching of the Gospel. Even if one agrees with the theological and moral arguments against same-sex marriage (and there is clearly not consensus here), it has not appeared obvious to the majority of Christians that this necessarily entails prohibiting it in a civic and legal arena. …

If I were to offer my opinion with regard to the best way for theologians and church leaders to move forward following today’s rulings, it would be to reassess our rhetoric. For those opposed to civil recognition of same-sex marriage, the argument that allowing same-sex marriage will have a negative impact upon the common good of society has been found unconvincing, not least because there is little tangible evidence to back it up. …

Finally, and my last point applies to those on all sides of the issue, it is becoming increasingly apparent to most (though not all) Christians that homosexuality and same-sex marriage is not a central concern of the Gospel itself. The biblical references in Leviticus and Romans are ambiguous at best, and a natural law argument that can cut both ways has not created consensus on this issue.