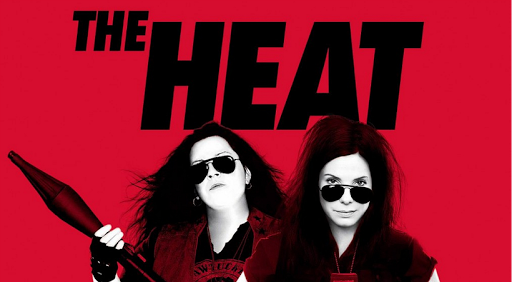 A welcome comedic relief from all of the summer movie destruction

You know, sometimes you can almost envision the wheels spinning in the minds of movie distributors. For week after week now, it’s been almost nothing but worldwide destruction at the cinema. Star Trek leveled London and San Francisco; Man Of Steel smashed Smallville, Metropolis and the coastlines along the Indian Ocean; and World War Z wrecked Russia, Jerusalem, Philadelphia, and most everywhere else you can think of. Over the next few weeks, we’ll see the robots and monsters of Pacific Rim stomp all over the future and The Lone Ranger and Tonto blow up the past. Given such a ceaseless lineup of carnage, it’s easy to see why some studio executives thought now would be the right time to drop a comedy into the mix (we’re all in need of a breather at this point). And they would be right: The Heat is insubstantial fluff, a by-the-book cop buddies movie as you’re ever going to see. But it does make you laugh, and that’s a welcome thing right now.

The storyline is so familiar it barely stands repeating: two disparate law enforcement officials are forced by circumstances to work together despite the fact that they initially detest one another. Over the course of their investigation, the pair learn to cooperate, begin to recognize each other’s worth, and finally become unlikely friends. We’ve seen it literally dozens of times, with the only variation being what two types of individuals will get thrown together. Will it be a laid back veteran on the verge of retirement teamed up with a suicidal out-of-control renegade, or maybe a fish-out-of-water policeman from Hong Kong paired with a fast talking American cop, or perhaps even a meticulously clean detective begrudgingly obliged to work alongside a smelly, slobbering dog? (Yes, Turner & Hooch – I went there.)

This time out, it’s Sandra Bullock and Melissa McCarthy as the reluctant duo. Bullock’s Ashburn (by law, characters can be named by their last names only in these kind of movies) is a fastidious FBI agent who is so arrogant and condescending that she even browbeats the bureau’s drug sniffing dogs for not doing their job well enough. It’s not quite the same character as her FBI agent from the Miss Congeniality movies, but still, Bullock’s well within her comfort zone in the role. As for McCarthy, her Mullins is a slovenly, foul-mouthed street cop who aggressively belittles everyone she meets, especially her fellow officers who live in constant fear of getting on her bad side. McCarthy’s been doing this kind of raunchy schtick since her stand-up days and recently received an Oscar nod for it in Bridesmaids, so she’s not breaking any new ground here, either.

Due to their abrasive personalities, both women are pariahs among their peers – highly competent and successful in their work, yet completely friendless. So of course, they despise each other on first sight. Meeting in an interrogation room where Ashburn has come to question a low-level drug dealer recently apprehended by Mullins, the two immediately butt heads over who’s in charge. The pair would happily let their association end with that one clash, but their superiors decide it would be best for everyone involved if the two joined forces to help bring down the drug kingpin who brought Ashburn to Mullins’s town in the first place. Personality conflicts ensue.

Really, it’s the kind of formulaic plot a person could write in their sleep, and because of that, this is the kind of movie that lives or dies based on the appeal of its characters. Fortunately, The Heat has them in overabundance in the supporting players that appear over the course of the movie. From Mullins’ much put upon police captain to the motley assortment of malcontents who comprise Mullins’ more than dysfunctional family, the film is littered with a veritable battalion of reliable character actors (Jane Curtin, Michael Rapaport, Thomas F. Wilson, Michael Tucci, Taran Killam, Marlon Wayans, and more), many of whom outshine the leads at any given moment. The clear winner in the scene-stealing department, however, goes to Dan Bakkedahl’s Craig, the sexist albino DEA agent competing against Ashburn and Mullins to see who can arrest the kingpin first.

It’s here that a word of warning should probably be given: those easily offended, particularly by those things which aren’t politically correct, should probably steer away from The Heat. This is the kind of movie in which an African American criminal complains of racist behavior by McCarthy’s character and is subsequently subdued by having a watermelon smashed into his head. And though I don't believe anyone in the movie actually mentions McCarthy’s weight, the film takes full comedic advantage of it by putting her in places she can't easily squeeze through or climb over. Albinos get the worst of it, however; I don’t think I’ve heard this many albino jokes since, well… never. Like a Don Rickles show, none of it is done in a mean spirited way, but it’s there. So if you're an overweight black albino (or at least sensitive to the feelings of someone who is), this is probably a movie you’ll want to avoid.

For those willing to stick it out, though, The Heat does offer a little more than just profanity and insults. The lead actresses are talented enough to avoid playing their roles as one-note characters, and as the movie goes on, we begin to see there’s a bit more to them than just their brusque exteriors. Coming from a foster home environment, Ashburn has no roots, no one to whom she has a connection. Her only personal belongings consist of a few trophies, a high school yearbook with two signatures, and a picture of herself with the neighbor’s cat (she can’t even form a relationship with a pet of her own). Mullins, on the other hand, actually has a large family, but along with being borderline insane, they all despise her for sending her own brother to prison on drug charges. Yes, the two women are unlikable, but they had a little help becoming that way, and they’ll need a little help from each other to get better.

And that part of the movie rings true, because we all need a helping hand in the likability area sometimes, don't we? When John Newton sat down and penned the words to “Amazing Grace,” he didn't just choose the phrase “a wretch like me” because he liked the sound of it; having once made a living as a slave trader, he meant it. And the history of Christianity is full of such wretches: St. Paul (accomplice to genocide), St. Ignatius (gambler, womanizer, duelist), and St. Vladimir of Kiev (practitioner of human sacrifice). When so many of us start out as less than stellar representatives of the human race, is it any wonder we sing songs like “Amazing Grace” as loudly and gratefully as we com around? There's hope for us all.

Of course, in a film like The Heat, you can only have the characters advance so far (you’ve got to leave room for a sequel, after all). And The Heat, while no classic, is just funny enough that it will probably get one. Now all they need to do is find the perfect spot in next summer’s wave of destruction to put it in.