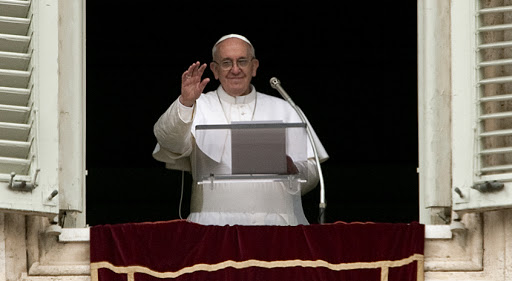 During his Sunday Angelus address to thousands of pilgrims, Pope Francis said that Jesus does want Christians to succumb to either extreme of being self-absorbed or overly-dependent.
“Jesus wants neither selfish Christians, who follow their egos and do not speak with God, nor weak Christians, without will, 'remote-controlled,'” he said.
The latter are “incapable of creativity…seek ever to connect with the will of another, and are not free,” he told the crowds packed into Saint Peter's Square on June 30.
The Pope based his remarks on Luke 9 which tells how Jesus made the concrete decision to travel to Jerusalem, where he would be crucified.
“Jesus, in his earthly life, was not, so to speak, 'remote-controlled,'” he said. “He was the Word made flesh, the son of God made man, and at one point he made a firm decision to go up to Jerusalem for the last time.”
During his reflection, Pope Francis also emphasized that Jesus never imposes his will on anyone but “extends invitations,” and “invites us.”
The pontiff added that what Jesus wants is for Christians to be free and that the way to do this is through “the inner dialogue with God in conscience.”
“If a Christian does not know how to talk with God, does not know how to listen to God, in his own conscience, then he is not free,” he stressed.
The Pope underscored that the faithful must learn to listen more to their consciences, but that “this does not mean we ought to follow our ego, do whatever interests us, whatever suits us, whatever pleases us.”
Conscience, he explained, is “the interior space in which we can listen to and hear the truth, the good, the voice of God.”
“It is the inner place of our relationship with Him, who speaks to our heart and helps us to discern, to understand the path we ought to take, and once the decision is made, to move forward, to remain faithful.”
In this sense, he observed, Benedict XVI “has given us a great example.”
Pope Francis recalled how Benedict had prayed and realized that resigning from the papacy was the step he had to take. “He followed his conscience with a great sense of discernment and courage.”
“This example of our father does much good to all of us, as an example to follow.”
Concluding his remarks, Pope Francis also touched on Italy's June 30 celebration of the day of Charity of the Pope.
“I desire to thank the bishops and all the parishes, especially the poorest ones, for the prayers and offerings that support the many pastoral initiatives and charitable activities of the Successor of Peter in every part of the world,” he said.

Originally published at Catholic News Agency on 30 June 2013.  Used by permission, all other rights reserved.