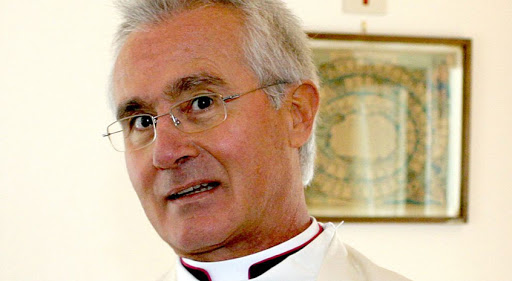 Monsignor Nunzio Scarano, who works for the Vatican’s financial administration, dubbed as “Don 500”, was arrested on Friday by Italian Police, along with Giovanni Maria Zito, an Italian secret service agent and Giovanni Carenzio, a financial broker.
They were arrested on suspicion of corruption and fraud. Allegations were made over an attempt to move 20m euros ($26m, £17m) illegally by plane, from Switzerland into Italy.

Mgr. Scarano is a priest from Salerno, a town south of Napoli, Italy. Before he became a priest he worked for the bank of America and the bank of Italy. After he was ordained in 1987 at the age of 35, he began to work at APSA – Administration of the Patrimony of the Apostolic See – which manages the property of the Holy See.
Mgr. Scarano had already been suspended from his position for about a month, since “his superiors learnt about an investigation into his activities” said Federico Lombardi, spokesperson for the vatican.
Since then he has been under investigation by Italian police, due to attention brought towards various dubious transactions, involving a number of cheques being “recycled” through the Vatican’s own bank, under the pretence of “church donations.”
Mgr. Scarano is believed to have used the sum of money collected in supposed “donations” to put into a personal bank account in order to pay off mortgages in Italy. He is thought to have appealed to 56 friends from Salerno and surrounding areas, each to give a cheque to his bank account. In return they received €10, 000 each. However these cheques were just meant as a cover, since the persons who gave the donations were immediately reimbursed in cash.
Scarano has denied all charges since the beginning.
The Vatican Bank has been criticised in the past for not meeting international banking standards, and was supposed to have improved to meet European Union financial safeguards by the beginning of this year.
However in January 2013 the central bank of Italy suspended all bank card payments within the Vatican, due to its failure to carry out proper anti-money laundering legislation.
Just before his retirement in February, Pope Emeritus Benedict XVI appointed a new head at the Vatican’s bank, Ernst von Freyberg, as an attempt to begin clearing up Vatican finances.
Pope Francis continued this work by appointing a new interim prelate at the Vatican banks, Monsignor Battista Mario Salvatore Ricca, earlier last month.
A few days previous to Scarano’s arrest, Pope Francis launched an unprecedented investigation into Vatican Finances, by setting up an internal and trusted commission of inquiry: Mary Ann Glendon, a Harvard law professor, Italian cardinal Raffaele Farina, French cardinal Jean-Louis Tauran, Spanish bishop Juan Ignacio Arrieta Ochoa de Chinchetru and US cleric Monsignor Peter Bryan Wells.
The Pope’s aim was to bring the vatican bank into greater transparency, as well as insuring that it worked in harmony with the Church’s mission.