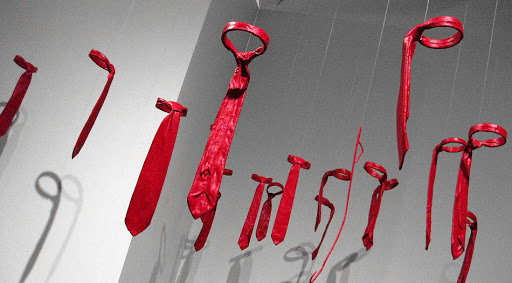 While not another Roe v Wade, the groundwork for gay marriage has been laid

On the final day of its term the US Supreme Court, in the United States v Windsor, struck down Section 3 of the Federal Defense of Marriage Act (DOMA), which had defined marriage for purposes of Federal law as that between a man and a woman. The 5-4 majority opinion, written by Justice Anthony Kennedy, said that the regulation of marriage had traditionally been a matter of state law, and that the Federal definition was a matter of invidious discrimination that violated the due process clause of the Fifth Amendment, which incorporates the requirement of equal protection of the laws.

Kennedy, as usual, was the swing vote and the four liberals who joined him perhaps didn’t have the heart to tell him that his opinion was a hodge-podge of legal ideas and judgmental sentiment, without a clear legal standard or argument.

In this case, the result is what mattered.

Kennedy wrote that “the principal purpose and the necessary effect of this law are to demean those persons who are in a lawful same-sex marriage.” If the traditional understanding of marriage as conjugal in character can be characterized as injurious and insulting, the limitation to those in lawful same-sex marriages, as opposed to those in intimate same-sex relationships, would seem, to say the least, arbitrary.

Chief Justice Roberts, in dissent, takes issue with the majority’s imputation of sinister motive in enacting DOMA. Justice Scalia, in dissent, points out that “to defend traditional marriage is not to condemn, demean or humiliate those who would prefer other arrangements, any more than to defend the Constitution of the United States is to condemn, demean, or humiliate other constitutions.”

The US v. Windsor, did not address Section 2 of DOMA, which permits states under the Full Faith and Credit clause of the Constitution to refuse to recognize same-sex marriages recognized by other states. In viewing marriage as essentially an institution of state law, the Windsor case thus leaves intact the majority of states’ definition of marriage. A Federal constitutional challenge to that provision, and to the other states that define marriage as only between a man and a woman, will have to wait for another day.

The other case decided this week, Hollingsworth v Perry,  dealt with California’s Proposition 8. The Court essentially dismissed the appeal because the parties from California who were defending the law did not have standing to appeal against the Federal district court’s order that Proposition 8 violated the Federal constitution.

Justice Kennedy, this time in dissent from the 5-4 jurisdictional ruling, says that “the Court’s reasoning does not take into account the fundamental principles or the practical dynamics of the initiative system in California, which uses this mechanism to control and to bypass public officials—the same officials who would not defend the initiative, an injury the Court now leaves unremedied.” Of course, had the Court decided the jurisdictional issue that way, then Justice Kennedy would have once again been the swing vote on the merits.

But in leaving intact the trial court’s order preventing enforcement of Proposition 8, at least as to the parties, California’s Proposition 8 becomes a dead letter. As I wrote here three years ago at the time of that ruling,