Courage Conference to Minister to Those with Same-Sex Attraction 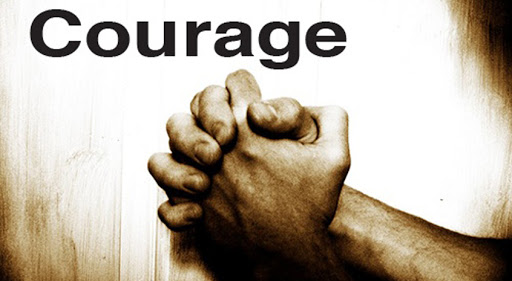 Fr. Check calls for a “deeper trust” in church teaching

The Courage apostolate's upcoming annual conference seeks to strengthen the faith, and the confidence in Christ of Catholics who have same-sex attraction, helping them to live their call to chastity.
“The Church finds herself in the unhappy situation of having to say ‘no’ to things she knows to be contrary to the human good,” Fr. Paul Check, director of Courage, told CNA July 1.
“But whenever there’s a ‘no,’ and of course Our Lord also said ‘no’ to certain things in the Gospel, there has to be a corresponding ‘yes.’”
“The ‘yes’ is the outstretched hand of fraternal charity that the Church offers to men and women with same-sex attraction and to parents with a son or a daughter with homosexual inclinations, to indicate to them that the Church’s fraternal charity and pastoral care is expressed for them in a practical and concrete way, at the Courage group or an EnCourage group.”
The Courage apostolate aims to help those who have same-sex attractions and want to live according to Catholic teaching, which recognizes homosexual acts as grave sins. The conference is geared for Courage members and their friends as well as members of EnCourage, a partner organization for parents of those with same-sex attractions.
This year’s conference takes place from July 25 to July 28 at the University of Saint Mary of the Lake in Mundelein, Ill.
Celebrants at conference Masses include Cardinal Francis E. George of Chicago and Bishop John M. LeVoir of New Ulm, Minn.
Speakers include author Fr. Emmerich Vogt, O.P., psychiatrist Sr. Marysia Weber, R.S.M., philosophy professor J. Buziszewski, author Dawn Eden, counselor Dr. William Consiglio and Fr. Paul Scalia.
The conference will also feature workshops, personal testimonies, and opportunities for confession and Eucharistic Adoration.
“Gatherings of this kind are essential to fostering that confidence that God is very much with his people, with his Church,” Father Check told CNA. “The help that he gives us, to live a holy life in a fallen world, is very real, and leads to the fulfillment of the promises that he made.”
“It’s a wonderful combination of prayer, of talks, and of fellowship for those who see the Courage apostolate as a vital ministry of the Church and to promote the virtue of chastity,” he added.
Fr. Check is a priest of the Diocese of Bridgeport, Conn., who teaches moral theology and ethics to seminarians and men preparing to become deacons. He first served as a Courage chaplain in 2003 and was asked to head the organization in 2008.
Jesus Christ is “very much at the center” of every Courage gathering, he explained. Meetings provide opportunities for prayer, conversation about holiness and virtue in life, and how to take practical steps to “put aside behaviors and actions which are inconsistent with human nature and strive for a greater trust in God’s providence.”
Fr. Check said Christians should ask themselves whether they truly see chastity as “part of the good news” and as “a virtue that leads to self-fulfillment.”
Chastity helps people to prepare for “self-giving” and to avoid selfishness, “particularly in the sexual realm.” It helps people to live justly and to treat others “according to the fact that they are created in the image and likeness of God.”
Fr. Check called for more thoughtful reflection on how God created human nature and for a “deeper trust” in Church teaching, especially given recent Supreme Court decisions on marriage.
“Unfortunately now, I think for many Christians, divorce and contraception are not excluded from marriage, and that prepares the ground for an acceptance of homosexuality,” he said.
In “turbulent” cultural times, he continued, Catholics “need to encourage a kind of further depth of peace of mind and heart.”
“Nothing is outside God’s providence,” he said.
Courage has a presence in about half of the Catholic dioceses of the United States. Fr. Check said the organization “would like to see a vital presence, at least one chapter, in every archdiocese and diocese.”
The deadline for the Courage conference registration is July 17. More information is available at the Courage website, couragerc.net.

Originally published at Catholic News Agency on 02 July 2013.  Used by permission, all other rights reserved.