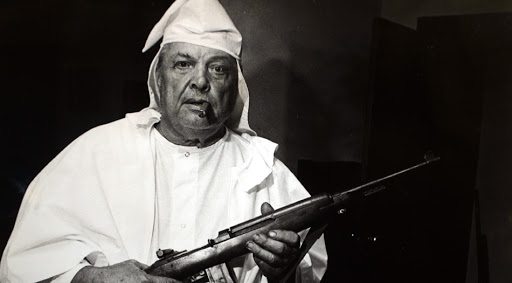 Heated discussion at the roundtable on the NBC Sunday morning show

In a roundtable discussion on the NBC Sunday morning show, Faith and Freedom Coalition founder Ralph Reed argued that opponents of same-sex marriage are not bigots. He said, “To suggest that you are motivated by a hatred for somebody else because you believe that the foundation acculturating and socializing institution of western civilization is something to be protected and defended is intolerance itself.”

Dyson interjected by comparing traditional marriage defenders with white supremacists, saying, “The same argument was made in defense of white supremacy against African-American people…The very same argument: it will destroy civilization, it will undermine the American family, it will challenge our civic institutions, it will unravel our civil polities.”

“So the Pope is George Wallace?” Reed asked.

This is a cryptic comment which, in context, may refer to the fact that Washington was a slave owner.

These outrageous remarks came just days after Dyson reportedly said Supreme Court Justice Clarence Thomas was "a symbolic Jew" who "invited a metaphoric Hitler to commit Holocaust and genocide upon his own people" because of his decision on the Voting Rights Act.

In the Spring 2013 semester at Georgetown, Dyson taught a class called "Barack Obama and Race."

Originally published at
Catholic Education Daily on 01 July 2013.  Used by permission, all other rights resered.