Have Catholics ‘Contracepted’ Away Their Schools? 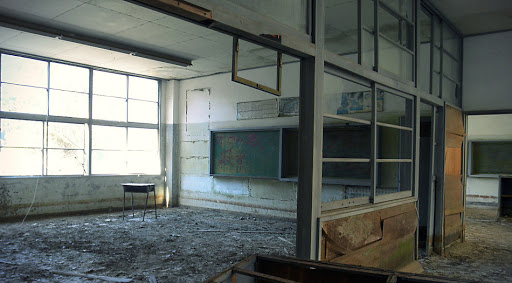 Father Timothy Sauppé of the Diocese of Peoria is none too happy about being the pastor responsible for closing his 103-year-old parish school. So, according to his bold commentary that originally appeared at the Bellarmine Forum, Father has a unique response to the alumnus who complains to him about the closing:

I put my hands up to quiet him from further talking, and I calmly said, “Let me ask you a question: How many kids did you have?” He said, “Two.” Then I said, “So did everyone else. When you only have two kids per family, there is no growth.” His demeanor changed, and then he dropped his head and said, “And they aren’t even going to Mass anymore.”

Amid all the reasons given for declining enrollment in Catholic schools, especially in urban areas, Father Sauppé offers a unique but quite reasonable one: the Culture of Death that has claimed about as many Catholic children as non-Catholic ones.
Upon the closing of his school, Father Sauppé says he wrote his bishop:

Bishop, it is with a heavy heart that I request this of you. As you know, priests were not ordained to be closing grade schools, but we were ordained to be Christ in the midst of sorrow and pain, which will be happening as we come to accept both your decision and the inevitable fact that St. Mary’s Grade School is no longer viable. The efficient cause is simple….no children. The first cause is the habitual contraception and sterilization mentality of a good portion of married Catholic Christians–in short the Culture of Death. The final cause is the closure of Catholic Schools and parishes. Bishop, we need your leadership to address the contraception/abortion/sterilization mentality in as forceful a way as soon as possible.

Father Sauppé encourages priests to preach against contraception and abortion, perhaps slowly reversing the damage done because of past reluctance to address thorny issues:

I am reminded of a diocesan official in his talk to us young pro-life, pro-family priests twenty years ago. He said, “Yes, you can preach against abortion and contraception, but remember, you have to put a roof over your churches.” Now, our diocese is closing and merging these same parishes, but you know what—they all have good roofs.

…Having grown up in the 60‘s and 70‘s with many “Don’t call me Father” Priests, I knew that the problem was a lack of orthodoxy. Twenty years ago when I was ordained, I thought that if I just preached the faith and celebrated a solemn Sunday Mass people would turn around. But, after twenty years, my experience is that a few parishioners will write letters to the Bishop, some will leave murmuring, but the standard fare is benign indifference. Instead of encountering joy and submission to the Natural Law and the Church’s teaching on human life and its dignity, I have found Catholic Christians either complacent or complicit with the Culture of Death. It was reported that over fifty percent of Catholics voted for a pro-abortion president who at a recent Texas Planned Parenthood convention asked God to bless them. If I have found any fruit, it has mostly come from home-schooling families.