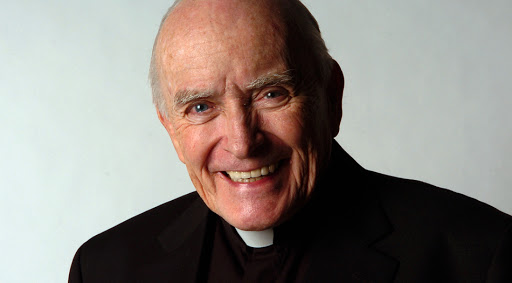 The Church is emptier without him, even though he espoused heterodoxy

Let me begin by paying Father Andrew Greeley, who died this past May 29, a compliment he’d never have paid me, or indeed anyone of my “location” in the Church: Catholicism was duller after Greeley was felled by an accident in 2008 and the Church feels emptier since his death.

In the first decades of his remarkably busy career, Greeley did serious academic work in sociology, taking down a number of shibboleths about Catholic culture and Catholic schools and demonstrating empirically the educational, professional and financial upward mobility of white Catholic ethnics in the United States. At the same time, Greeley ground out several useful books of popular apologetics that “translated” post-Vatican II theology into a language accessible to non-specialists. He also pioneered the “conclave book” with The Making of the Popes 1978, establishing a model I hope I improved in 2005 with God’s Choice.

For decades, Greeley was the beau ideal of many in the Catholic columnizing business, and when he finally downed tools on that front, my own column the following week was a lament for a feisty writer’s departure from the lists. (He sent a letter of thanks, the bulk of which consisted of complaints that no one else had bothered to thank him for grinding out so many columns over the years. Later, it struck me that this was one key to Greeley’s complex personality: for all of his self-conscious brashness, he very much wanted to be accepted, especially by bishops, a class he excoriated regularly.)

We only met twice, during the 2005 papal interregnum. I warmly welcomed him to our makeshift NBC “newsroom” when he came up to the Janiculum Hill to do the “Today Show”; we talked about my daughter Monica’s affection for Chicago, which Greeley described winsomely as “an easy city to love.” A few nights later, I found Andy and his secretary in the glory that was “Armando’s,” a trattoria near the Vatican that was the nocturnal GHQ for Father Richard John Neuhaus, Father Raymond de Souza, Raymond Arroyo and others of our gang. Andy and I exchanged a few pleasantries about how things had changed since 1978; I’d rather hold onto that recollection of him than the memory of my surprise a year later when, in his own book on the 2005 papal transition, he went out of his way to put down my friends and me as “the Scary Guys” (i.e., supporters of John Paul II who didn’t fit the liberal stereotype of grumpy, troglodyte conservatives).

That snarkiness was of a piece with Greeley’s failure to “get” John Paul II, which I think had something to do with Andy’s consistent, indeed obsessive, deprecation of Humanae Vitae, Paul VI’s encyclical on regulating fertility. For Greeley, Humanae Vitae was the great disaster of post-conciliar Catholicism; that conviction was like a set of blinders, obscuring Andy’s view of other realities in the Church. Thus, insofar as I’m aware, Greeley never took the measure of John Paul II’s Theology of the Body, although the Polish pope’s creative wrestling with the theological and moral meaning of our being made male and female would seem to be of a piece with Greeley’s insistence on the sacramental goodness of sex within the bond of marriage. But John Paul didn’t throw Humanae Vitae over the side of the Barque of Peter, so John Paul II had to be a bad guy, if of the “great missed opportunity” sort of bad guy, in the Greeley taxonomy.

Wandering through Mundelein Seminary outside Chicago one night, I came across the picture of the ordination class of 1954, and there was Andy: airbrushed, according to the photographic custom of the day, and looking for all the world like Bing Crosby in “Going My Way” and “The Bells of St. Mary’s.” Which seems about right: for Andrew Moran Greeley embodied in a singular way the last rowdy moment of urban, ethnic, Counter-Reformation Catholicism in America. He didn’t get the Evangelical Catholicism of John Paul II, but his work gave the liberal wing of Counter-Reformation Catholicism a boisterous ninth inning.