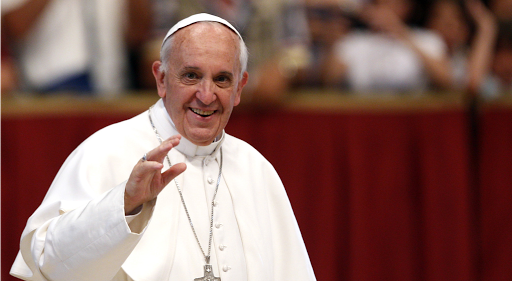 Lumen Fidei, or “light of faith”, was started by Pope Benedict XVI but completed by Pope Francis

The first encyclical of Pope Francis – which had been started by the former Pope, Benedict XVI – has been released today to help strengthen the faith of Catholics worldwide.

“We welcome with great joy and gratitude this integral profession of faith, in the form of catechesis written by four hands of the successors of Peter,” said Cardinal Marc Ouellet at the Vatican's press office on July 5.

“Together they show forth the Church's faith in its beauty, the faith that is confessed within the body of Christ as the concrete communion of believers,” he added.

The encyclical – called “Lumen Fidei” or “The Light of Faith” – was presented at a Holy See press conference with the participation of Cardinal Ouellet, Archbishop Gerhard L. Mueller and Archbishop Rino Fisichella.

During its release in a room packed with journalists, Archbishop Mueller pointed out that the document bears only the signature of Pope Francis and not of the former Pope because “the Church has just one Pope.”

“The Successor of Peter, yesterday, today and tomorrow is always called to strengthen his brothers and sisters in the priceless treasure of that faith which God has given as a light for humanity’s path,” Pope Francis says in the encyclical's introduction.

In it, he stresses that he is “deeply grateful” to his predecessor for having almost completed the first draft of the encyclical, which he says is “meant to supplement what Benedict XVI had written in his encyclical letters on charity and hope.”

“As his brother in Christ I have taken up his fine work and added a few contributions of my own,” Pope Francis adds in the introduction.

The release of the faith encyclical – divided into four chapters, an introduction and a conclusion – coincides with the Church's Year of Faith and the 50th anniversary of the Second Vatican Council.

The first chapter is entitled “We have believed in love” and explains faith as “listening” to the Word of God, particularly his call to see him as a father, not a stranger.

It also highlights Jesus as a “trustworthy witness” and calls us to participate “in his way of seeing” and to open ourselves to a love that transforms us from within.

“Faith is not a private matter, a completely individualistic notion or a personal opinion,” the Pope adds in the first chapter.

“One who believes may not be presumptuous, on the contrary, truth leads to humility, since believers know that, rather than ourselves possessing truth, it is truth which embraces and possesses us,” says the Pontiff.

“I delivered to you what I also received” is the title of the third chapter, which focuses solely on the importance of evangelization.

“It is impossible to believe on our own,” says Pope Francis. “Faith is not simply an individual decision.”

The chapter explains that faith is not a private relationship between the divine “thou” and the “I,” but rather between the “we.”

The Pope also writes of the importance of the Sacraments when transmitting the faith, especially baptism, confirmation and the Eucharist.

The final chapter is entitled “God prepares a city for them,” and tells of the link between faith and the common good.

The encyclical reveals that the purpose of faith is not merely to build the afterlife, but to help in edifying society.

The fourth chapter also stresses the importance of marriage, understood between man and woman.

“The 'we' of the family (is) the place par excellence of the transmission of the faith,” said Cardinal Ouellet during the press conference.