The American Church is Stronger than the Church in Europe, but Still in Great Peril 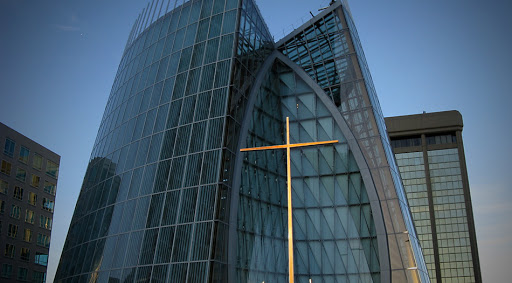 Be thankful for separation of Church and State, but get busy rebuilding a Catholic culture

In the question period after a talk I’d given on my new book, American Church, a woman raised an important point: “If the Church in the U.S. faces as many problems as you say, why is it doing so much better here than in much of Europe?”

Great question. My answer – which I also give in the book – was along these lines:

“It has a lot to do with the First Amendment principle of separation of Church and State. Yes, I know – ‘separation’ is sometimes used as a club by secularists who want to drive religion out of the public square. But on the whole, it’s been a great blessing for the Church and for religion in America.

“For one thing, church-state separation has generally kept government out of religious affairs, while also keeping clerics out of inappropriate involvement in politics. In combination with Cardinal Gibbons’s wise decision to embrace the emerging labor movement in the late 19th century, this spared the Church the sort of virulent anticlericalism found in countries like France, Spain, and even ‘Catholic’ Ireland as a reaction against the political clericalism of the not-so-distant past.”

But granted all that, the situation of the Catholic Church in America today is increasingly perilous. American Church explains why. In brief, the explanation goes like this:

Nearly 40 years ago, reacting to the Supreme Court’s then-recent decision legalizing abortion as well as other social and political developments, I published a magazine article with the title “The Alienation of American Catholics.”

The point I was making was that American secular culture had lately shifted in directions radically opposed to central Catholic values and beliefs (hence the rising sense of alienation from that culture being experienced by Catholics like me).

What I wasn’t so conscious of then was that millions of my fellow Catholics had for years been becoming part of this hostile culture – accepting and adopting as their own its world view, its value system, its patterns of behavior – even when these clashed with their Catholic faith.

This was painfully apparent in matters of sexual morality, but it also applied to marriage and the family, many issues of social justice, capital punishment, abortion, and the whole bourgeois consumerist lifestyle. More and more, Catholics were becoming nearly indistinguishable from other Americans on questions like these.

Looking for an explanation for what was happening, I hit upon the process that sociologists call cultural assimilation – in this case, assimilation into American secular culture – that Catholics had experienced since the 19th century and, with great rapidity and in huge numbers, especially since World War II.

It’s a complex, fascinating tale, not well understood by many Catholics themselves yet central to  the situation in which the Church now finds itself. The subtitle of my book sums it up: “The remarkable rise, meteoric fall, and uncertain future of Catholicism in America.”

There’s a solution, but it isn’t easy. It requires rebuilding a strong Catholic subculture committed to sustaining the religious identity of American Catholics and forming them for the task of evangelizing America. Can that be done? Perhaps. Will it be attempted? That has yet to be seen.

This 4th of July, say a prayer that it is. And remember to say thanks for church-state separation. Things would be a lot worse without it.