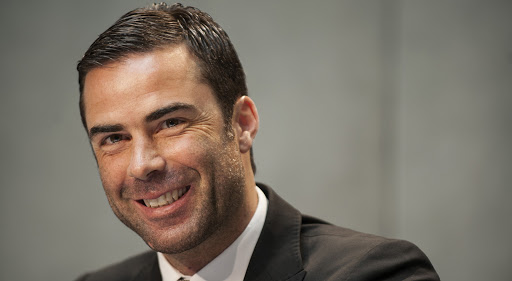 News that Vatican Financial Intelligence Authority (AIF) has been admitted to a global network of financial oversight agencies proves that the Vatican is threading an international and multilateral path to adhere to international standards.
It “represents a recognition of the Holy See/Vatican City State’s systematic efforts in tracking and fighting money laundering and financing of terrorism,” said René Bruelhart, director of the Authority of Financial Information, in a July 3 statement.
The news of admission to the Egmont Group, an umbrella organization for 130 Financial Intelligence Units, became official just days after the unexpected resignations of the Vatican bank's general director Paolo Cipriani and his deputy Massimo Tulli, who stepped down on July 1.
Cipriani and Tulli’s sudden exit came on the heels of the recent arrest of Msgr. Nunzio Scarano, an employee of the Administration of the Patrimony of the Apostolic See. He allegedly used his account at the Institute for Religious Works, the so-called “Vatican bank,” for money laundering.
In a broader perspective, the recent facts signal that the reform that began under Benedict XVI and continues under Pope Francis' watch is gaining momentum.
In Dec. 2009, as part of a monetary agreement with the European Union, the Vatican agreed to implement an anti-money laundering law within one year.
Despite setbacks, like the Sep. 2010 seizure of 23 million euro being transferred between Institute accounts with Italian banks, the line of reform has advanced.
Then-bank president Ettore Gotti Tedeschi, together with Cipriani, was questioned by the public prosecutor in Rome about the suspect movements. Though their clarifications were not deemed satisfactory, the money was eventually freed when the anti-money laundering law came into effect on March 15 of the following year.
Then, on May 24, 2012, Gotti Tedeschi received a “no confidence” vote by the Governing Board of the Institute for Religious Works citing nine reasons including “failure to carry out basic duties incumbent upon the President.”
The investigation continued and led to Cipriani and Tulli’s resignations along with the arrest of Msgr. Scarano.
In the meantime, the Vatican’s anti-money laundering law has undergone a major revision.
After its Nov. 2011 on-site visit, the committee of Council of Europe evaluators known as MONEYVAL criticized the Vatican law, which was tied to Italian anti-money laundering law, and asked for a revision. The organization evaluates the adherence of member States to international anti-money laundering standards.
The revised law has since met international standards, but at the same time proved that any special relationship that may have existed between Italy and the Holy See has now come to an end.
In retrospect, the 2012 vote of “no confidence” could be considered the first in a series of actions that mark a new era for the Vatican Bank. The comprehensive reform that was first requested by MONEYVAL in a July 2012 report is giving it structure.
Meanwhile, inclusion in the Egmont Group will go down as another milestone in combating money laundering and terrorism financing for the Vatican. According to the July 4 press bulletin from the Holy See, it “marks a further step in its contribution to this global effort.”
Originally published at Catholic News Agency on 04 July 2013.  Used by permission, all other rights reserved.