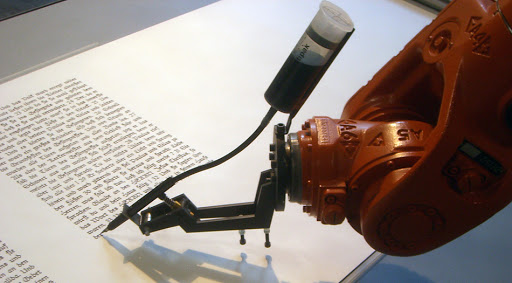 Last Friday, the Vatican released Pope Francis first encyclical, Lumen Fidei ("light of faith"). The encyclical is a meditation on the theological virtue faith, and comes in the midst of the Church’s Year of Faith. We asked our Aleteia Experts what they thought of the encyclical.

"My first impression of the encyclical is that it is amazingly learned," Randall B. Smith, Associate Professor of Theology at the Unitersity of St Thomas in Houston, told Aleteia.

Paul Griffiths, Warren Professor of Catholic Theology at Duke University Divinity School, is also impressed. "The letter is lyrical, and occasionally beautiful, about the deep connections between faith and love. Faith opens us to love: what we have faith in—what we trust in, take our stand upon, are formed by—we also love, and faith teaches us love. Faith is also, like love, a matter of gift, something we can’t give to ourselves or make for ourselves. It’s a response, always and necessarily, to hearing a call from without."

Author and speaker Fr. Roger Landry agrees. "It was striking how the encyclical responded in a beautifully synthetic way to so many varied challenges to faith in the modern world."

Lawrence DiPaolo, Associate Dean and Associate Professor of Sacred Scripture at the University of St. Thomas, points out that the encyclical is in line with the teaching of Francis’ predessors. "The encyclical is very much in continuity with the Pontificate of Benedict XVI. It is Pope Francis’ continuation of and integration into his predecessor’s Year of Faith. One would be hard pressed to differentiate the views of Benedict XVI in such works as God is Love from those expressed in Lumen Fidei. It is a theological encyclical which could almost be looked upon as an addendum to Fides et Ratio which Pope Francis references in Par. 32."

"Pope Francis organizes this encyclical in a similar fashion to those of his predecessors, integrating the writings of the Old and New Testament with the Father’s of the Church and relevant teachings of the Magisterium.

"It is interesting to note that several times in the encyclical," DiPaulo pointed out, "Francis engages with authors one does not normally encounter in theological encyclicals (Nietzsche Par.2, Rousseau Par. 14, Dostoevsky Par. 16, Wittgenstein Par. 27, T. S. Elliot, Par. 56). It is an honest and respectful intellectual engagement with modern authors, similar to how Benedict XVI and John Paul II dialogued with secular authors, however, Pope Francis seems to do this a bit more."

Smith also pointed out the many "references to a wide array of Fathers and Doctors of the Church."

"There are references, for example, to five different works of St. Augustine: the Confessions, De continentia, De Trinitate, De civitate dei, De Nuptiis et Concupiscentia.  In addition, we find references to St. Gregory the Great’s Homilies on the Gospels, St. Irenaeus’s Demonstrations of the Apostolic Preaching and Adversus Haereses, St. Leo the Great’s Sermon on the Nativity, Tertullian’s De baptismo, Origen’s Contra Celsum, Justin Martyr’s Dialogue with Trypho, as well as references to John Henry Newman’s Essay on the Development of Doctrine, St. Bonaventure’s Breviloquium, and William of Saint-Thierry’s Commentary on the Song of Songs. The latter two in particular I don’t believe I’ve ever seen referenced in any ecclesiastical document before.

Griffiths finds the encyclicals teachings regarding the faith of non-Christians particularly noteworthy. "Remarkably, ‘Lumen Fidei’ is clear and insistent that faith is possible for those who are neither Christian nor Jew, and who have no explicit knowledge of God (§35). Those who seek God, knowingly or not, and who seek to live well, have faith of a kind. It is not the explicit faith of the Christian, which the Encyclical, following long tradition, calls an infused virtue (§7); but it is not nothing, either."

"This capacious understanding of faith doesn’t at all compromise or weaken the strength of the Encyclical’s affirmation of the ecclesial nature of faith," Griffiths clarifies. "Faith, in its full sense, is by definition a communal affair: you can’t learn to trust, or in whom to trust, without receiving instruction; and the fullest instruction is to be had from the Church."

One of the most memorable passages for DiPaulo was a section that reminded theologians that their work must be done for the Church and with the Church, especially that they "cannot consider the magisterium of the Pope and the bishops in communion with him as something extrinsic, a limitation of its freedom, but rather as one of its internal, constitutive dimensions, for the magisterium ensures our contact with the primordial source and thus provides the certainty of attaining to the word of Christ in all its integrity."

Fr. Landry sees the encyclical as not only a theological treatise but also an invitation to faith. "The most important takeaway of this encyclical is not a particular path or insight, but an invitation to live anew by faith, seeing everything fresh in Christ’s light, hearing God’s voice lovingly calling us on a journey out of the darkness, entering into the depth of his love, and seeking to radiate that light of loving faith as a beacon enticing others to join us on that joy-filled pilgrimage."

Lawrence DiPaolo, Jr. is Associate Dean and Associate Professor of Sacred Scripture at the University of St. Thomas.

Fr. Roger Landry speaks widely on the thought of Pope John Paul II, Theology of the Body, apologetics, and on contemporary issues in the Church.

Randall Smith is Associate Professor of Theology at the Unitersity of St Thomas in Houston.