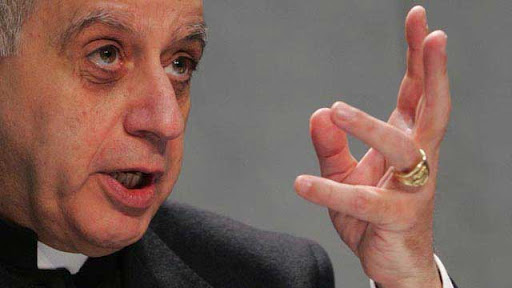 A Vatican archbishop believes that the first encyclical issued by Pope Francis provides an “introduction” to the Pontiff’s teaching and pastoral style.
Archbishop Rino Fisichella, the president of the Pontifical Council for Promoting the New Evangelization, described “The Light of Faith” as “Pope Francis’ own contribution that he wants to offer to the new evangelization.”
He said that the encyclical – which is titled “Lumen Fidei” in Latin – is “distinctive” to Pope Francis, although much of its initial draft was written by the former Pope, Benedict XVI.
“Lumen Fidei, while recovering some insights and some content of the teaching of Benedict XVI, is totally a text of Pope Francis,” the archbishop said at the Holy See’s press office during the encyclical’s release on July 5.
“Here we find his style, and the peculiarity of the content to which we have become accustomed in the first months of his pontificate, especially with his daily homilies,” he added.
Archbishop Fisichella stressed that “the usage of expressions, the wealth of images to which he makes reference and the peculiarity of some quotations from ancient and modern authors make this text a true introduction to his teaching and allow a better understanding of the pastoral style that makes him unique.”
As an example, he pointed to the Pope’s usage of three verbs in the encyclical – walking, building, confessing – which he used in his first homily to the Cardinals the day after his election as pontiff.
“In some ways, it can be said that the encyclical is structured on these three verbs and specifies the content,” said the president of the Vatican’s New Evangelization department.
“Benedict XVI was asked repeatedly to write an encyclical on faith that would somehow conclude the triad that he had started on love with ‘Deus Caritas Est’ and on hope with ‘Spe Salvi,’” he stated.
Eventually, “insistence prevailed and Pope Benedict decided that he would write it to offer it at the end of the Year of Faith,” he said. However, “(h)istory wanted something else.”
The archbishop believes that the new document offers insight into the Year of Faith currently being celebrated by the Church.
The release of the encyclical on faith, divided into four chapters, an introduction and a conclusion, coincides with the Church's Year of Faith and the 50th anniversary of the Second Vatican Council.
Archbishop Fisichella described Pope Francis’ encyclical as “a program on how to continue to live the experience that the whole Church has lived during a whole year with so many highly significant experiences.”

Originally published at Catholic News Agency on 5 July 2013.  Used by permission, all other rights reserved.