‘Ad Maiorem Dei Gloriam’, Even When that Means Sacrifice 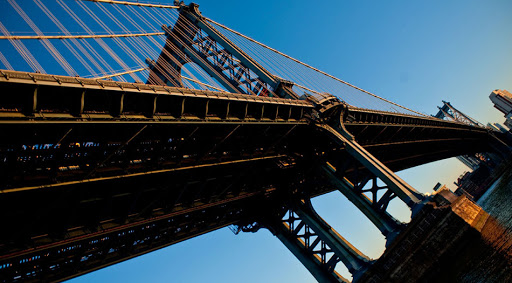 If you want to be a bridge to Jesus, you must be willing to be walked upon

It’s no secret that I love Pope Francis.  While I was emotionally crushed when news of Pope Benedict’s retirement came down the pipes, I feel my sorrow was more than repaid in joy over his successor.

Pope Francis is a Jesuit, whose society’s motto is Ad maiorem Dei gloriam (“for the greater glory of God”) – a phrase I’ve been thinking about quite a bit lately.  The concept that anything, so long as it’s not evil, can be used to bring glory to God and save souls is a dizzying one.

Today, I came across a stranger’s status update on Facebook.  It read, “If you want to be a bridge to Jesus, you must be willing to be walked upon.” It gave me pause; on the one hand, we are all imbued with a God-given dignity, and anything that robs us of that is evil.  On the other hand, what does it mean to be “walked upon”?

After Mass today, while waiting to say a momentary “Hello, how are you feeling?” to the parish priest (who had just had major surgery), I waited and waited – and waited! – as an elderly lady held up the line, blabbing Father’s ear off.  I was irritable at having to wait my turn, and projected that irritability onto the priest.  “Why doesn’t this woman realize this is not the proper time for an in-depth conversation with the Father?  Does she not understand that he needs to get back to the rectory to rest?  Why is she being so selfish?” Yet there was the priest, kindly listening to his parishioner, far more willing to let himself be walked upon to lead her to Jesus than I would have been in that situation.

My best friend recently had her fourteenth child.  Way back when I met her (she only had nine kids at the time), she was so kind and gracious while I peppered her with ridiculous, repetitive, and rude questions about her decision to have so many children.  Because she was always willing to let me walk upon her in terms of patient answers to my stupid questions, I was able to cross that bridge to Jesus and be truly open to life, welcoming four more children than I ever expected.

If my friend, in a justifiable moment of irritation, had responded to my personal questions with a snarky or sarcastic witticism, would I have found my way across the chasm of culture to being truly open to life?  I don’t know.  But I don’t have to wonder, because she didn’t; she offered herself as a bridge to Jesus, and by letting herself be walked upon, brought glory to God and salvation to souls.

Over the last two days, my husband has dismantled, spackled, primed, and painted our family room.  This involved moving an upright grand piano (by himself), battling 90-degree heat and 700% humidity with only one window air conditioner unit, and enduring the special kind of noxious fumes only Killz can offer.  Exhausted and possibly high off Killz, he collapsed facedown on the living room floor, taking his first break in hours.

Immediately, the three-year old and the four-year old jumped onto his back, declaring him their pirate ship and stomping on him in an attempt to simulate waves.  “Oh no! Tsunami!”  the boys screamed in unison, and leapt off his back, collapsing right in front of him and screaming about sharks.  Then they scrambled back onto his back and started the whole thing again.

Instead of yelling at them to get off, to give him five minutes of much-deserved peace and rest, my husband began rocking from side to side, while the boys delightedly screamed about the waves getting bigger.  With an effort that made me tired just watching, he heaved to one side, knocking the giggling boys off him, and repeated this game over and over until bedtime.

The likelihood of the boys remembering that particular event is slim, but by willing to be literally walked upon, my husband was a bridge to Jesus for his sons, showing the inexhaustible love a father has for his children.  And that’s a seed that will never be un-planted, one that will make it easier for the boys to grow up and see that God the Father’s love is even more boundless.

Glory to God and the salvation of man, simply by letting ourselves be walked upon.