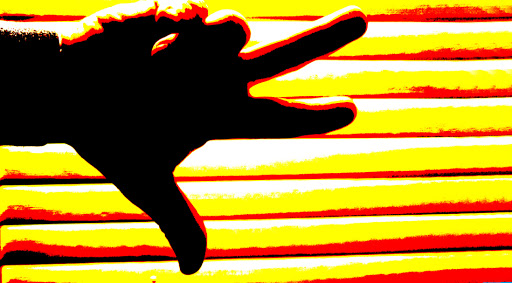 The Gospel is for everyone, no exceptions

Father Greg Boyle, the founder of a program that helps former gang members in Los Angeles, said his mission is a way of living the Christian message, having solidarity with those on the margins of society.

While pastor of Dolores Mission parish in east Los Angeles, Fr. Boyle began an outreach to gang members 25 years ago. That outreach has since grown into Homeboy Industries, the largest gang intervention program in the U.S.

“That’s what the hope of this place is; it helps people for sure, and it helps gang members imagine an exit ramp off this crazy, violent freeway.”

“But it stands as a symbol to the world…what if we were to invest in people rather than just incarcerate our way out of this problem.”

While the group’s website says it is “not affiliated with any particular religion,” it also notes that many of its works are “in line with the Jesuit practice of social justice,” and Fr. Boyle said that the organization does not seek to “downplay” its Catholic identity.

“This place is soaked with the Gospel,” he reflected, noting the importance of solidarity.

“Are you standing with the easily despised, and the readily left out? Are you dismantling the barriers that exclude, are you widening the circle of compassion so that nobody’s standing outside the circle?”

Fr. Boyle emphasized that gang life is not the highly dramatized situation that media and popular culture often think of it as.

“I think people would be surprised at a lot of the mythic notions that are in fact untrue…it’s not as dramatic as people think,” he said, pointing to the common “misunderstanding” that “people are blood-in, blood-out, the only way out is through all this highly dramatic, crazy stuff.”

In reality, he said, about 95 percent of gang members “really want to have a life” that is better and more stable, and the remainder are “probably too damaged or mentally ill” to want one.

Fr. Boyle also said it is a myth that “somehow a kid is drawn, or lured, or attracted to joining a gang.”

Kids join gangs not because they seek something, such as belonging, but “always” because they are “fleeing something…with no exceptions.”

There are three general profiles of kids who join gangs, Fr. Boyle said: first, “there’s the kid who’s despondent and who can’t imagine tomorrow”; second, “the kid who’s traumatized, who doesn’t know how to transform his pain, so he continues to transmit it”; and finally, the mentally ill.

By identifying these causes, the roots of gang affiliation can be addressed, the priest reflected.

“We would infuse hope to the kid for whom hope is foreign; and we would heal the traumatized, damaged kids; and we would deliver mental health services in a timely fashion to the kid who’s mentally ill.”

CNA also spoke to a former gang member, Terry Davis, who is now a filmmaker in New York City.

Davis grew up in the suburbs of Columbia, South Carolina, and emphasized in a May 24 interview that gang violence is not limited to inner cities.

“A lot of people from the hood used to come to the suburban community where we stayed at…and jump us, try to rob us, because they looked at us as being suburban kids, and that’s what made us band together and make our own gang, to fight back against them,” he explained.