Marriage: Let’s Get Our Own House in Order 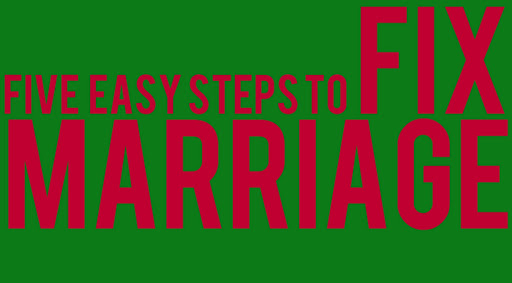 The Supreme Court’s decisions last month to remove all federal protection for natural marriage and deny the people of a state their right to define it were the most momentous events for the Church’s safety since the Russian Revolution. We will spend the next several years working out how far the laws of our country will be turned against us.

How much of our freedom of religion, of association, of contract will survive the rising demands for “equality,” “fairness,” and “tolerance” – words that have been handily redefined to justify using the guns and jails of the state to impose a secular standard on faithful citizens and their churches? Will Catholic schools be forced to hire partners in homosexual couples? Will seminaries? Will Catholic cemeteries be forced to bury same sex couples side by side?  Will churches themselves remain exempt from the social and legal pressure to perform such ceremonies? (Already in England and Denmark, state churches are being pressed by governments to conform. How long will Catholics there be exempt?)

Americans are not immune to these threats. Some say that it’s outlandish to imagine a future Supreme Court – duly packed by Democratic presidents with more judges like Sotomayor and Kennedy – ruling that churches’ free exercise of religion must be “balanced” against the interests of “fundamental rights” like marriage, that refusing to marry same-sex couples is no more protected by the First Amendment than Indian tribes’ use of peyote in their rituals. But then, 20 years ago, few would have predicted a Supreme Court overturning the Defense of Marriage Act, either. We like to think of the Court as a solemn arbiter of timeless principles and historic precedents, but in fact, it’s a more like a lap dancer that chases elite opinion like a stray $100 bill.

What should we do to push back and defend our institutions and our freedoms? I made an extended argument last week in The American Conservative that in the light of these crushing defeats, we need an entirely new strategy – one which concedes the fact that the public laws of marriage have utterly ceased to mirror the natural law.  That battle is lost for now and for many reasons, the chief one being that few outside conservative Christian circles even believe in natural law. We once thought that human nature was designed, by a Designer, and that we were bound to respect the purposes mirrored in its design – for instance, the fact that sex organs were intended to help us reproduce. Those who believe that we are, like cancer cells, a random result of blind and meaningless mutations will hardly defer to such “design.” We still think that we have “rights,” though we’re hard put to say why or where they might have come from, and we’re keen on Photoshopping the rights of the weak, the sick, and the young to match our current convenience.

As long as a vulgar Darwinian “just so” story explains for people what humans are and how we got here, we cannot expect to win the public over by pointing to traces of natural order. In fact, I don’t believe we can use political means to win the public over at all – not in our lifetimes. Instead, in the realm of politics, we should switch gears right away and strive to limit the power of the state to interfere in our lives and institutions. If we cannot win over majority opinion, then we must fight like wildcats for the rights of minorities – not so much ethnic minorities, whom the state defends well enough – but religious and ideological minorities, like us. (Yes, I mean to include Muslims and Mormons; we need all the friends we can get, and our principles must be consistent.) We must carve out exceptions to anti-discrimination laws, to protect all religious believers from the steamroller of the state.