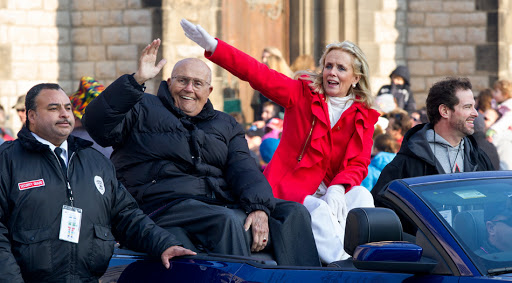 Georgetown University has issued a press release celebrating the fact that pro-abortion rights Congressman John Dingell, the longest-serving congressman in the country, is a Georgetown graduate.

Georgetown President John DeGioia is quoted in the press release saying, “Through his decades of public service, and his thoughtful, careful leadership, Congressman Dingell has represented the very best of our Georgetown tradition.”

Dingell earned a 100-percent score in NARAL Pro-Choice America's 2011 Congressional Record on Choice for his votes on abortion. Dingell reportedly said, "I have voted to protect a woman's right to choose under Roe v. Wade and will continue to fight to uphold this constitutionally protected right."

Dingell also recently “evolved” on gay marriage, according to AnnArbor.com, by co-sponsoring a bill in 2012 to repeal the Defense of Marriage Act and to ensure federal recognition of same-sex marriage.