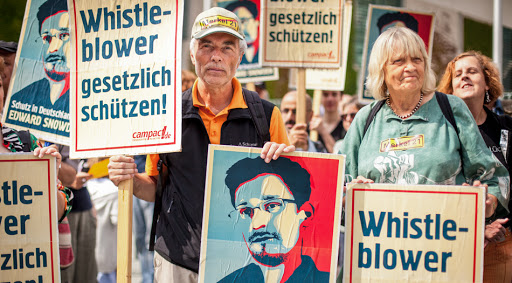 What character assessment can teach us about the Snowden case

The story of Edward Snowden has become a worldwide phenomenon, with three different responses to what it all means.

Snowden is sometimes compared to Daniel Ellsberg, who found a way to bring out secret documents related to the Vietnam War. Yet the likeness to Ellsberg fades when one recalls Ellsberg's long history of interest in issues affecting his country, his agonizing when trying to figure out how to release the documents, and his courage in facing the consequences and standing up in the USA to defend himself.

I have not seen Snowden compared to Dietrich Bonhoeffer, and think this may be the most relevant comparison of all, especially for Christians.

Bonhoeffer was famous and a leading figure in theological discussions of the 1950s through the 1970s. By 1980 many had become occupied with other topics, and the vigorous activities of Pope John Paul II drew attention around the globe.

Who was Dietrich Bonhoeffer? He was a young German pastor who took a direct role in the German underground to defeat Hitler. His early seminary training was in New York City but, like Thomas Merton a few years later, he learned a great deal about oppression, poverty, and simmering violence through walks around nearby Harlem rather than by reading dense theological textbooks.

He had opportunities to stay away from Germany (and could have created a comfortable life as a Lutheran pastor or seminary teacher), but he chose to return to help fight for Hitler's defeat. Although he loved Germany greatly, he believed that the actions of the government were totally dishonorable, against both secular aims as well as his deep dedication to Jesus Christ.

His work with the underground led him to be imprisoned in a government prison camp in 1944 and finally in Buchenwald, the concentration camp. He is remembered for his courage in prison, ministering to those locked in cells (and, surprisingly, sometimes to guards).

As the war was winding down, the call to punish him became louder – probably from Hitler himself. He was hanged on April 9th, 1945, a month before the Russian and American armies came to liberate his country. No one knows where he is buried. In 1944, in what would be his book Ethics, he wrote the following:

It will be the task of our generation not to seek ‘great things,’ but to save and preserve our souls out of chaos, and to realize that this is the only thing we can carry as a ‘prize’ from a burning building. We shall have to keep our lives rather than shape them, to hope rather than plan, to hold out rather than march forward.

As a Lutheran pastor, he often spoke of “grace” and followed Martin Luther’s notions that grace might cost a person his life.  This kind of grace is an authentic and total Christian response, which, like Christ’s, can end in suffering, humiliation, and death. The opposite of this is “cheap grace.”  In fighting Hitler, Bonhoeffer sought “costly” grace and explained what this is in the book The Cost of Discipleship:

Cheap grace is the deadly enemy of our church. We are fighting today for costly grace. Cheap grace means grace sold on the market, like cheapjacks’ wares. The sacraments, the forgiveness of sin, and the consolations of religion are thrown away at cut prices.

These thoughts from Bonhoeffer, a man martyred for his beliefs, might better help us to assess Edward Snowden.