Kidnapped and Tortured in the Sinai Desert 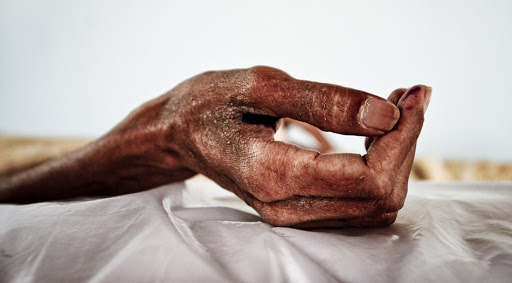 Christians speak out about their ordeal

The Bedouin tribes are making a thriving trade, worth millions of dollars, in the ruthless and bloodthirsty business of human trafficking and torture.
They prey on the innocent, particularly Christians, throughout the African continent. From the West Coast of Africa all the way to the Sinai deserts, they make their attack when people are most vulnerable; often when they are fleeing from terrible conditions in their own country and attempting to seek refuge elsewhere.
The merciless tribe forces its captives to travel thousands of miles through tough African terrain, where they bring them to their “torture camps” and make a profit by holding them to ransom and torturing them, often to death.
In a report from CBN News, the director of Physicians for Human Rights, Shahar Shoham, explained that "Sinai was always a place for human smuggling, but since around two years ago…it started also to be a place of human torture."
Shoham revealed that there are 1,300 documented cases of human torture in the Sinai deserts, but that many are not able to be documented and that in fact there are “around 7,000 that went through these torture camps and 4,000 that died.”
He remarked at the magnitude of these numbers, saying “I don't think that the world needs to keep quiet about that."
"They torture them in horrible methods” he continued “like hanging upside down from the ceiling, like using electric shocks, like burning them on their bodies,"
Trade in human torment
The CBN News report reveals one of the victims who somehow made it out alive. He went under the pseudonym of  "Philip" for the purposes of identity protection, and spoke out about his unthinkable ordeal in the perilous camps of the Sinai desert.
The Christian man from Eritrea fled the ruthless regime of his homeland and made his way to a UN refugee camp in Sudan. From there he was abducted by a Bedouin tribe, where they forced him to travel all the way through Sudan and Egypt and into the Sinai desert where he was imprisoned in one of the Bedouin tribe's torture camps.
The kidnappers then forced the captive to make a ransom call to his family. "What they make you do is call your family and ask them for the money," Philip said. "Usually they will do the asking. They will say, 'Either send this money or your brother will die or your father will die or your son will die.' It depends on whoever is picking up the phone."
"While you're talking to your family they would pour molten plastic on your body so that you would scream and perhaps they thought that would persuade your family to pay or collect the money faster."
"In some cases, we were tortured simply because we were Christians," he added.
Philip miraculously managed to survive and made it into Israel where he was able to get to hospital and receive “life-saving” medical treatment.
Philip was a lucky one. But thousands have not made it out alive. The level of torture is often too much to bear.
The report revealed another torture victim and survivor, who said "I had lost sense (sensation) in both my hands….It was a result of the accumulated torture but mainly because (both) of my wrists were tied up so tightly, (and I was) hanged up from the ceiling for three days, the blood was cut off from my hands and the flesh started to literally drip from my hands."
“Hanged like Christ”
Another victim, Segan, a 35-year-old lady from Eritrea, who is five months pregnant, described her own experience of being tormented in these torture camps.
"They are asking for money every minute and they hit us and they put us — they will make us lie down on the floor and you know their feet would be up and they would hit their feet and melt with melted plastic bags" she said, "and so that way they cannot stand because they will torture their feet, and every day they hang them the way they hang Jesus Christ."
She continued: "They hang us the way He was hanged and they take off their clothes. While they are naked they will hang them. And they will just hit them with big bats like all day for hours."
The location of these torture camps is well known by many high profile officials, according to human rights activist Majed El Shafie.
Yet nothing is being done.
"The only way out of this problem is for the international society or the international community to put pressure on the Egyptian government to release the victims, to stop these human traffickers," he explained.
Shafie called upon the public to make a stand for these victims who have endured the unthinkable. "Every American listening to us right now — not only Americans but anybody in the world — can make a difference," he said.
"You can contact your congressman. You can contact your senator. You can show them that you care about these issues… If you send an email, or fax or make a telephone call, you can save a life."