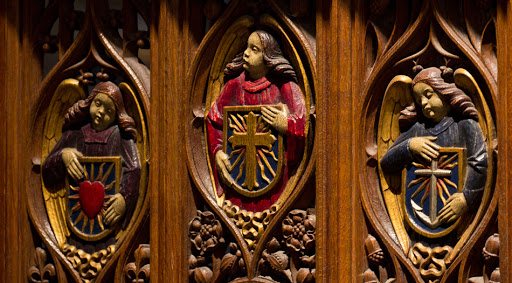 Money supported cloistured monasteries, churches in the former Soviet Union, and other causes

The Vatican Bank donated some $70 million to charities in 2012, according to a Vatican statement released Thursday.

“The Members of the Council expressed their deep gratitude for the support given, often anonymously, to the Holy Father’s universal ministry in spite of moments of economic crisis, and encouraged perseverance in this good work,” said the July 4 statement of the Council for Cardinals for the Study of Organisational and Economic Problems of the Holy See.

The Vatican Bank, officially called the Institute for the Works of Religion, distributed its charitable funds among the Amazon Fund; the Pro-Orantibus Fund, which supports cloistered monasteries; the San Sergio Fund, which supports the Church in the former Soviet Union; and the Commission for Latin America, as well as other Catholic charities.

The cardinals’ council had met July 2-3 to review the 2012 fiscal year. The meeting was presided over by Cardinal Tarcisio Bertone, Vatican Secretary of State, and was attended by 12 other cardinals.

The 2012 financial statement for the Holy See closed with a profit of $2.8 million, due mainly to good performance in financial management.

In 2012, Catholics offered nearly $66 million through Peter’s Pence, a voluntary second collection for the Church. This represented a drop off from the nearly $70 million offered in 2011.

The Vatican revealed that one of the most significant categories of expenditure are those regarding the cost of personnel; the Holy See had 2,800 staff in 2012.

Two other areas of great expenditure included new means of social communication and new property taxes, which saw an increased expenditure of $6.5 million.

The Vatican City State’s Governorate, which has autonomous administration independent from contributions of the Holy See, increased its profit from 2011 to 2012 by around $1 million, with a total of $30 million. The governorate employees nearly 2,000 people.

During the meeting, Peter Sutherland, a consultor with the Administration of the Patrimony of the Apostolic See, which manages the properties owned by the Holy See so as to provide the funding necessary for the Roman Curia to function, explained the Vatican’s current macroeconomic situation and the Administration’s investment policies.

Ernst Von Freyberg, president of the Vatican Bank, told the cardinals of the bank’s current situation, and Father Luigi Mistò, secretary of the Administration of the Patrimony of the Apostolic See, spoke about the problem of safeguarding and appraising the patrimony of ecclesiastical entities.

Just ahead of the council’s meeting, the Vatican Bank’s director and deputy director both resigned, “in the best interest of the Institute and the Holy See.”

Italian media have connected the resignations with scandals surrounding the Vatican Bank, which has been working towards reform.