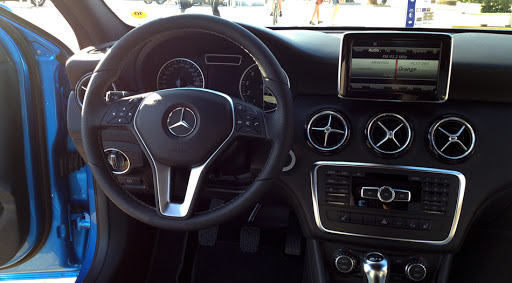 Humility spreads round the world

Inspired by the words and example of Pope Francis, a priest in Santa Marta, Colombia, said that he has decided to sell the luxury Mercedes-Benz his family gave to him.
On July 9, Father Hernando Fajid Alvarez Yacub, chaplain of Saint Michael’s Cemetery, told reporters that the money he gets from selling the car – valued at $62,000 – will be given to his family members.
The family gave him the car a year ago as a gesture of gratitude for caring for his three younger siblings after their parents died.
The decision came two days after Pope Francis told a group of seminarians and novices in the Vatican’s Paul VI Hall that “it hurts me when I see a priest or a sister with a brand new car.”
“And, if you like that beautiful car, think about how many children are dying of hunger,” he advised, urging them to choose humble transportation options. The Pope himself was known for taking public transportation, even as a cardinal in Argentina.
This is not the first time Fr. Alvarez Yacub has made headlines. Recently, he came up with the idea of “virtual funerals” for family members unable to attend the funerals of their loved ones in other cities, allowing them to follow the ceremony via webcam.
The priest also installed a cell phone blocker in his parish to prevent calls from interrupting the Mass.
“The issue of cell phones during Mass is a real problem,” he said at the time. “Some people have those special ringtones…That’s why I bought this blocker.”