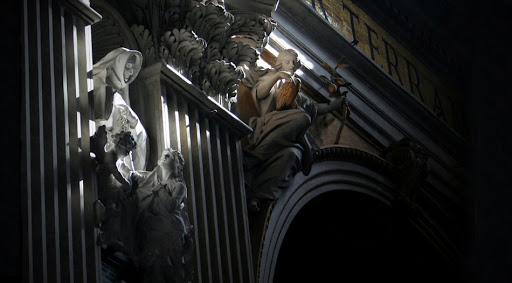 Pope Francis took a step forward in modernizing the Vatican’s legal code today by explicitly listing certain acts as crimes – such as child abuse and genocide – and enabling the Holy See to prosecute any of its officials who commit crimes outside its walls.
“In our times, the common good is increasingly threatened by transnational organized crime, the improper use of the markets and of the economy, as well as by terrorism,” Pope Francis said in the opening line of his July 11 Motu proprio declaration.
“It is therefore necessary for the international community to adopt adequate legal instruments to prevent and counter criminal activities, by promoting international judicial cooperation on criminal matters,” the first Motu proprio of Francis’ pontificate says.
In addition to updating the laws, the pontiff also made them applicable to both the Vatican City State and the Holy See, which respectively operate under civil law and canon law.
The effort to update the legal framework of the Vatican City State was begun by Benedict XVI in 2010 as he sought to make its laws compatible with the challenges presented by modern society and the evolution of crime.
“These laws,” explains a July 11 communiquè from the Vatican press office, “have a broader scope, since they incorporate into the Vatican legal system the provisions of numerous international conventions.
The topics of those conventions include: the conduct of war and war crimes, the elimination of all forms of racial discrimination, the prohibition of torture and other cruel, inhuman or degrading treatment or punishment, and the rights of children.
The new regulations also cover the crimes of torture, genocide, and apartheid, and give more specificity to the description of crimes against minors. In particular, they mention “the sale of children, child prostitution, the recruitment of children, sexual violence and sexual acts with children, and the production and possession of child pornography.”
Perhaps the most interesting facet of the new changes is the Pope’s decision to expand the prosecution of crimes by Vatican employees or representatives beyond the geographical confines of Vatican City, thus acknowledging how globalization has made crime more mobile.
Prior to the updating of the legal code, Vatican officials or employees who committed crimes outside of Vatican City could only be charged by the State in which the offense was committed.
But the new regulations make it possible for criminals to be indicted both by the Holy See and the country where the violation took place.
Besides spelling out offenses with greater precision, Pope Francis also defined who is considered a “public person,” that is someone who falls under the new regulations.
The list includes “members, officials and personnel of the various organs of the Roman Curia and of the Institutions connected to it,” papal diplomats and their staff, managers or directors who work for the Vatican, and “any other person holding an administrative or judicial mandate in the Holy See.”
Another topic the new laws addressed – which will surely remain in the headlines in the coming months – was money laundering and the financing of terrorism.
The Vatican’s press office director, Father Federico Lombardi, told the media July 11 that “there are other laws in preparation … more specifically, a law that responds to the requests of Moneyval.”
Moneyval, the Council of Europe’s anti-money laundering committee, has been working with the Vatican since March 2011 to help it conform with international standards on money laundering and the financing of terrorism.
Professor Giuseppe Dalla Torre, who also serves as the head judge of the Vatican’s Tribunal, mentioned to the press at today’s briefing that he expects a further reform of the Vatican’s finances in relation to the Moneyval process to take place in September.