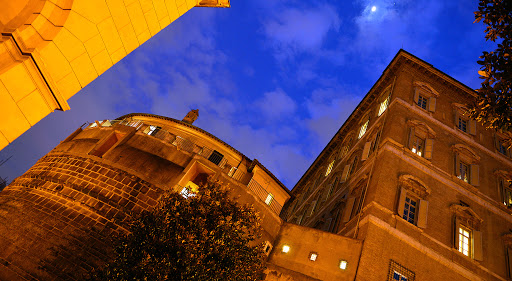 The Vatican announced it has frozen the funds of a senior accountant who is accused of laundering money through the so-called Vatican bank.

“By court order on the 9th of July, the Vatican Promoter of Justice has frozen funds at the IOR attributed to suspended Vatican employee Nunzio Scarano as part of an ongoing investigation by the Vatican judicial authorities,” Vatican spokesman Father Federico Lombardi said July 11.

Fr. Lombardi also revealed that the bank, officially called the Institute for Religious Works, has hired the Promontory Financial Group to conduct “an objective review” of the “facts and circumstances of the accounts in question,” as well as “all client relationships and the anti-money-laundering procedures it has in place.”

Promontory will be the second outside firm brought into scrutinize the Vatican’s finances, since its books are audited by Price Waterhouse Coopers each year.

The investigation into Monsignor Nunzio Scarano, a senior accountant for the Administration of the Patrimony of the Apostolic See, was triggered by several suspicious transaction reports filed with the Vatican’s Financial Information Authority and it could be extended to additional individuals.

The case in question involved Msgr. Scarano allegedly trying to move 20 million Euros – $26 million U.S. Dollars – from Switzerland into Italy via the Institute for Religious Works.

Msgr. Scarano was arrested by the Italian police on June 28, along with Giovanni Maria Zito, an Italian secret service agent, and Giovanni Carenzio, a financial broker, just days after Pope Francis created a commission of inquiry into the Institute’s activities and legal status.

The Institute has been working since May 2013 at revamping its structure and procedures, and recently hired Antonio Montaresi as its Chief Risk and Compliance Officer. It has also been collaborating since March 2012 with the Council of Europe’s anti-money laundering group MONEYVAL to ensure its compliance with international norms in that realm.

Fr. Lombardi underscored a recent statement by the bank’s president, Ernst von Freyberg, who said, “the IOR is systematically identifying and will have zero tolerance for any activity, whether conducted by laity or clergy, that is illegal or outside the Statutes of the Institute.”

Originally published at Catholic News Agency on 12 July 2013.  Used by permission, all other rights reserved.