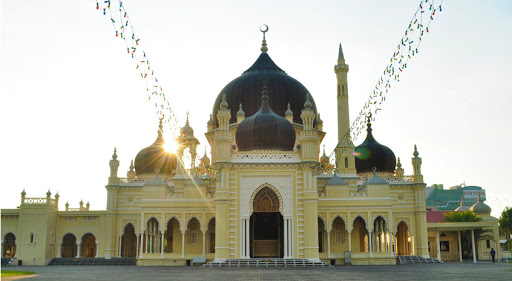 In Malaysia, the tone of the anti-Christian campaign has become shriller. One of the new government’s first moves was to amend the Administration of Islamic Law so that consent from only one parent or guardian was required for a child to be converted to Islam. It drew flak from an array of rights groups, lawyers and politicians, and surprised by the fierce reaction, the bill was withdrawn earlier this month.
But it is not over yet. Some see it as an attempt by the government to shore up its conservative Muslim voter base, while others say it is a sign of the continuing Islamization of Malaysia. Other examples abound: the barely veiled threats against the papal nuncio Archbishop Joseph Marino, who has defended the rights of Malaysian Christians to use Allah as the word for God in the Malay language, are cause for concern.
"If he does not retract his statement in seven days, we will have….to ask the prime minister…to close the Vatican office and ask that the ambassador be sent back to the Vatican," said the radical Malay-Muslim supremacy organizations, Peraksa and Jati. Their accusations of an attempted ‘Christianisation’ of Malaysia signals rising tensions between the country’s disparate religious groups.
Around 60 percent of Malaysia’s population considers themselves to be Muslim; just over nine percent are Christian. Conflict between the two groups has been on the rise for several years, since the government in 2009 lifted a ban on the use of “Allah” as a translation for “God” in Malay-language Bibles. The ruling was followed by a series of attacks on Christian worship sites.
And last year, as the country prepared for elections, the government was forced to ditch the name of a seminar on "the threat of Christianity" after it was accused of attempting to stoke anti-Christian sentiment in a bid to win the Muslim vote.
While the debacle over the use of “Allah” can be seen as an issue of dissent between Muslims and Christians, the attempted conversion ruling would have affected all religious minorities in Malaysia. The big question is: what religion should children adhere to if ones parent leaves his or her religion to convert to Islam? There have been several cases in the past few years, where a father – in most cases a Hindu – converted to Islam and subsequently converted the children without having sought the mother’s consent.
The government claims the sole purpose of the bill was to rectify the lack of a legal provision for child conversions at the federal level. However, by attempting to legalize the right of the converted parent to convert the kids to his or her new religion, the government abandoned a cabinet decision made in April 2009. Back then the government agreed that minors were to be bound by the common religion of their parents while they were married, even if one parent later becomes a Muslim.
The prominent Bishop Tan had called the bill “morally and ethically wrong,” unconstitutional, and proof of the “galloping Islamization” underway in Malaysia. Many protested the ruling, from Chinese and Indian component parties of the ruling coalition Barisan Nasional, to the Malaysian Bar, to cabinet members and various rights groups.
“It is not fair to say that one parent can determine a child’s religion if the parent decides to convert to Islam…. As a lawyer and a Muslim, I am not comfortable with the situation,” Tourism and Culture Minister Datuk Seri Nazri Aziz had told the Malaysian daily, The Star.
The government has withdrawn the bill, yet more recently made Islamic and Asian Civilisation Studies compulsory for local students in private universities. With Chinese Buddhist organizations condemning the move as an “attempt at indoctrination,” it appears this conflict will continue well into the future.

Originally published at UCAnews on 15 July 2013.  Used by permission, all other rights reserved.