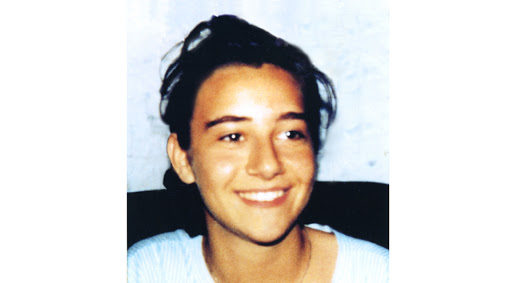 A friend of Blessed Chiara Badano, a patroness of World Youth Day 2013 who united her suffering from cancer to Christ's passion, called her an excellent model for young people to follow.
“I think that the Brazilian bishops' conference chose her because she is a model of sainthood that is simple, and not someone spectacular,” Franz Coriasco, an Italian journalist, told CNA July 16.
“She proved that you can pass from the ordinary to extraordinary with a simplicity of faith.”
Bl. Chiara 'Luce' was a member of the Focolare Movement who contracted cancer at age 16. Her life was one of devotion to Christ and abandonment to his will.
She died in 1990 when she was 18, having accepted her illness out of a desire to be united to Christ on the cross, saying, “It’s for you, Jesus. If you want it, I want it, too.”
Coriasco met Bl. Chiara because he was among the best friends of her youngest sister. In 2010 he wrote a biography of her titled “Dai tetti in giù,” or “From the Roof Down.”
“I don't think she was named Blessed because of her tumor, although this made the process faster,” Coriasco said. “She just followed the will of God.”
“She was feminine,” Coriasco said, as well as “determined and energized.”
“She had the capacity of having great dreams and ideals, but was, at the same time, down to earth and realistic,” he stressed.
Bl. Chiara is among the 18 saints and blesseds whom Benedict XVI chose as patrons of World Youth Day 2013, which will be held July 23-28 in Rio de Janeiro, Brazil.
Coriasco said that Bl. Chiara's parents, who participated in Madrid's World Youth Day in 2011, will be attending this year's celebration as well.
“Chiara also experienced a World Youth Day, the one held in Santiago de Compostela in Spain in 1989,” he reflected.
Coriasco said the youth making pilgrimage to World Youth Day can learn an important lesson from her.
“She said, 'we only have one life and it is worth living it well.' She did this with great responsibility.”
Bl. Chiara was beatified in 2010 just outside of Rome. During the Mass, Cardinal Angelo Amato, prefect of the Congregation for the Causes of Saints, remembered her as having “a crystalline heart, like water from the source.”
At World Youth Day, Coriasco is also helping organize an event which will be broadcast on the Italian channel Rai Uno.
“Since Italians are one of the largest groups to attend it, there is an event called 'the Feast of the Italians' that will take place on June 24.”
In past World Youth Days, the event has been an opportunity for Italian pilgrims to meet each other, as well as international pilgrims of Italian origin.
Originally published at Catholic News Agency on 16 July 2013.  Used by permission, all other rights reserved.