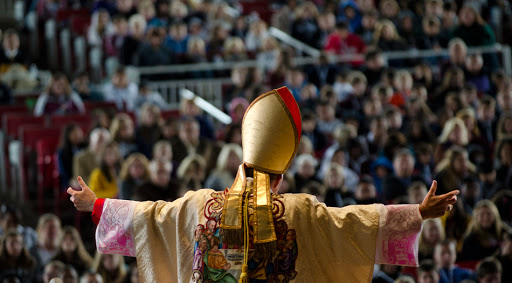 Understanding the shift from the Counter-Reformation to the New Evangelization

Criticism comes with the territory when you write books, and the best for which any author can hope is intelligent criticism that engages your argument and leads to new insight all around. Alas, that’s too often the exception, especially among the more ideologically entrenched of Catholic intellectuals and reviewers. Thus I’ve been disappointed that, from both the port and starboard sides of the Barque of Peter, several reviewers have either missed the point of, or not engaged the argument about, modern Catholic history that I offered in Evangelical Catholicism: Deep Reform in the 21st-Century Church (Basic Books).

The book begins with an obvious fact: Benedict XVI was certain to be the last pope to have attended Vatican II. That fact led to an equally obvious conclusion: an era in Catholic history was coming to an end. Which conclusion, in turn, led to two obvious questions: When did that era begin, and how should it be described?

It seemed to me myopic to assume or argue that the period in question began with Vatican II. A more sophisticated form of this myopia opened the historical lens wider, finding in the Catholic biblical, liturgical, theological and social action movements of the mid-20th century the antecedents to the Council. But was that going far enough back to get the era into clear focus?

I thought not. For those reform movements themselves had antecedents in the pontificate of Pope Leo XIII (1878-1903), who abandoned the defensive strategy of Gregory XVI and Pius IX in the face of cultural and political modernity, and who sought to engage these “new things” (as Leo styled his most famous encyclical) in a critical, authentically Catholic way. Leo XIII, I proposed, was the man whose 25-year-long papacy marked the beginning of the era that was coming to an end with Benedict XVI.

And how should that era be described? I suggested that the past century and a quarter was the last, extended moment of Counter-Reformation Catholicism: the mode of being Catholic that came into being, largely through the Council of Trent, in response to the challenges posed by the Protestant Reformation and the first stirrings of modern cultural, social, economic and political life. Now, I suggested, Counter-Reformation Catholicism—the way-of-being-Church in which every Catholic over 50 today grew up—was giving way to the Catholicism of the New Evangelization, or what I and others call “Evangelical Catholicism.”

I thought this way of framing modern Catholic history offered a more complete account of the Catholic drama from my grandparents’ day to my grandson’s that was typically on offer. It linked Leo XIII to Vatican II via the reformist movements Leo’s pontificate had set in motion. And it stretched Vatican II and its authentic interpretation into the pontificates of two men, John Paul II and Benedict XVI, who as young participants at the Council had helped shape its call to the Church to re-imagine itself as a communion of disciples in mission.

When I explain this out on the hustings, people seem genuinely appreciative: dots get connected, and what seems a fragmented, even indecipherable history begins to display Henry James’s “figure in the carpet:” the narrative thread that ties together a very complex business—which modern Catholic history undoubtedly is. I don’t think this proposal is “idiosyncratic,” as one starboard-leaning reviewer put it; nor is it “odd,” as a brother on the portside had it. It’s not even original, for as I explain in the book, the idea emerged out of a decade of conversation with my friend, Professor Russell Hittinger, who has done important and groundbreaking work on Leo XIII.

My proposal may, however, challenge the comfort zones of those still stuck in Counter-Reformation Catholicism. For my further suggestion is that Evangelical Catholicism is not some 50-yard line between Catholic left and Catholic right, but a vision of Church far beyond those polarities. If that’s “idiosyncratic” or “odd,” then so were John Paul II and Benedict XVI, and so is Francis, the evangelical pope from the far end of the earth.